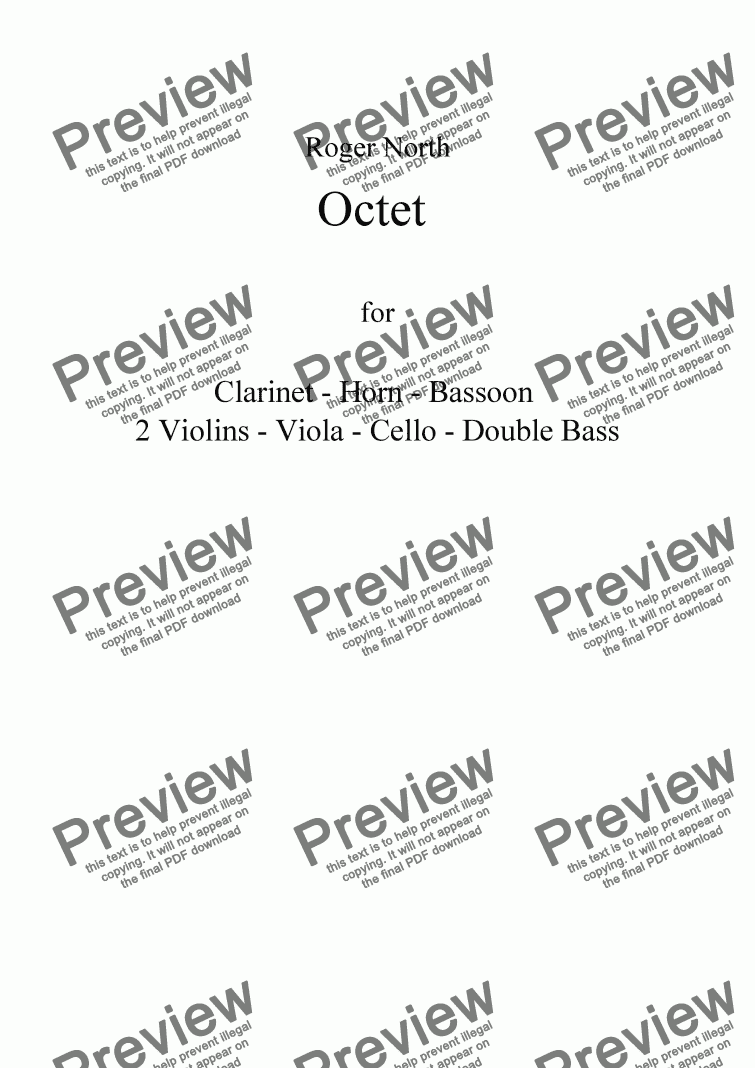 I wrote this piece for the Melos Ensemble who gave its first performance in 1962 and made a BBC recording broadcast in 1964. Of the three movements the first explores degrees of tonality, the seconnd’s 12 note series flirts with tonality and the third’s interest is mainly rhythmic. For the Octet's premiere the composer John Gardner told me not to write an informative programme note as I would be criticised on that rather than on the music. So I wrote about my cat, Philip, who had knocked over the ink bottle as I was copying out the score, with the result that one or two of the notes may be his. They did write about that. In fact, for those interested in such matters, the main theme of the finale is a palindrome starting in 11/8 and reducing by one quaver (8th note) each succeeding bar (measure) right down to one, then going backwards up to its originak eleven. At it's final appearance the theme's reverse form comes first.

In order to submit this score to ScoreExchange.com Roger North has declared that they own the copyright to this work in its entirety or that they have been granted permission from the copyright holder to use their work. If you believe that this score should be not available here because it infringes your or someone elses copyright, please report this score using the copyright abuse form.