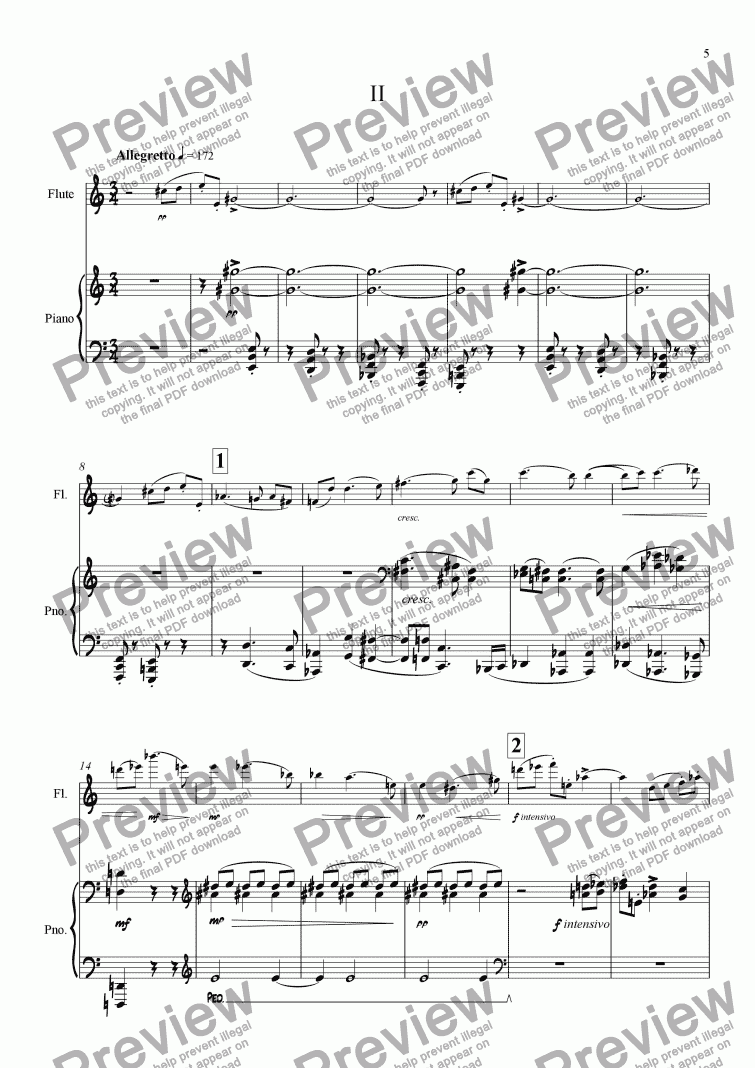 Composer
Harry Sdraulig
Year of composition
2010
Publisher
Balwyn High School
Difficulty
Difficult (Grades 7+)
Duration
5 minutes
Genre
Modern classical music
License details
For anything not permitted by the above licence then you should contact the publisher first to obtain permission.

Despite using a much less abrasive tone, in the Sonata I have adopted a less restrictive and more experimental approach to tonality than before. The first and second movements, for instance, explore bitonality between two very distant keys - A major and E flat major. A brief but violent passage halfway through the third movement features the collision of different tonalities, drawn from earlier musical material. In general, however, the specific tonal palette from which the musical material is drawn is used for the sake of harmonic consistency and thematic development.nnThe second movement follows on immediately from the first and consists of three sections: two lively allegrettos frame a central slow, expansive lullaby - an emotionless passage intended to represent a calm but alert state of meditation. The beginning of the movement is quiet but energetic, and the texture becomes more contrapuntal, though occasionally receding into the withdrawn mood of the first movement. A climax is gradually built up, featuring more virtuosic material for the flute, before the music loses its impetus. From this emerges the lullaby; soft and distant, with a repeating piano ostinato accompanying a broad melody in the flute. Afterwards, the allegretto makes a brief, determined return but fails to consolidate, leading to an abrupt ending.