Christmas Cantata - "The Word was Made Flesh" 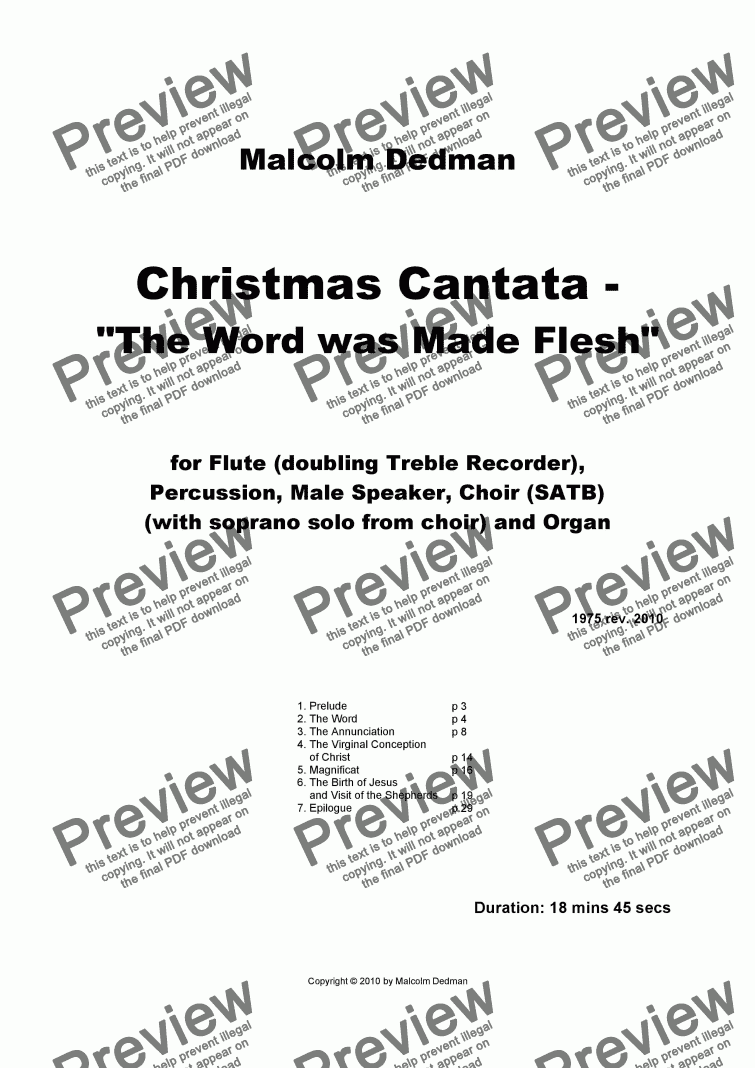 This Cantata was originally written in 1975 for a commission by the Birmingham Festival Choral Society, conductor Jeremy Patterson. It was first performed by them in December 1975 in St. Martin’s in the Bull Ring, Birmingham, in the United Kingdom. It was subsequently revised in 2010.

It is written for SATB choir with a soprano soloist from the choir, a male speaker with flute, doubling treble recorder, percussion and organ. The words are of the traditional Christmas story taken from the Jerusalem Bible, original version.

The instrumental parts act less as an accompaniment, rather to supply added drama to the story and instrumental colour. The Cantata is in seven movements: an instrumental Prelude depicting a vision of the beginning of time; ’The Word’; ’The Annunciation’’ ; ’The Virginal Conception of Christ’; ’Magnificat’; ’The Birth of Jesus and Visit of the Shepherds’ and an ’Epilogue’.

Reviews of Christmas Cantata - "The Word was Made Flesh"