By: Philip R Buttall
For: Quintet of Flutes
This music is in your basket
View basket
Loading... 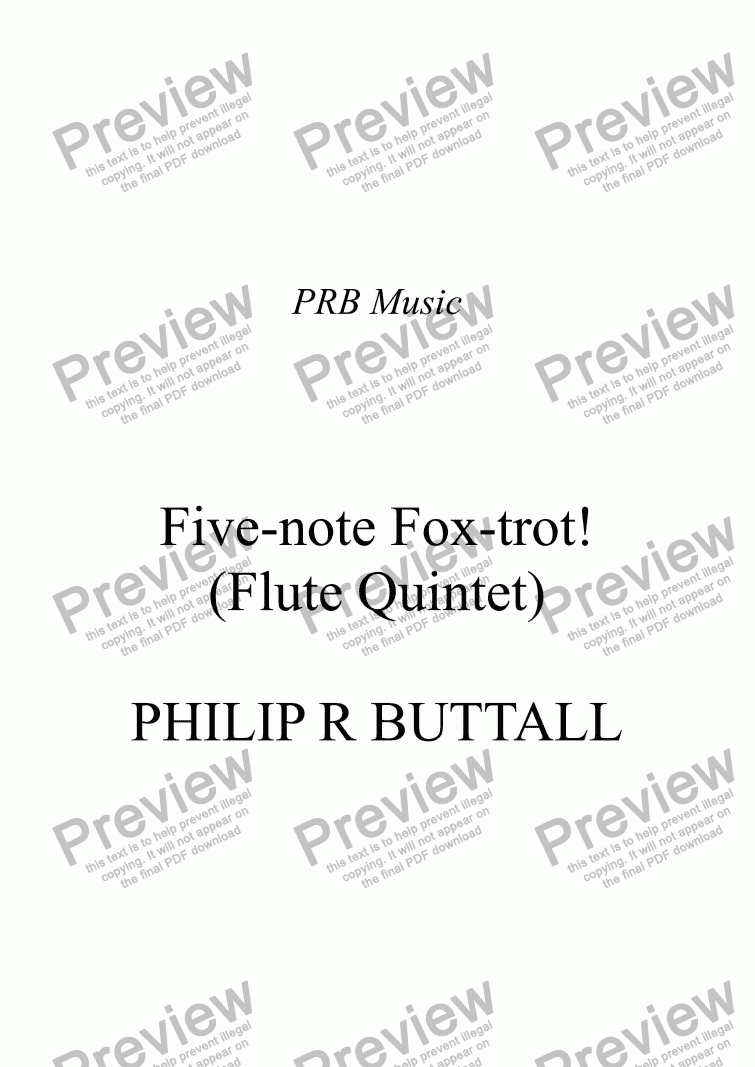 By: Philip R Buttall
For: Quintet of Flutes

I have included an Alto Flute where no Bass Flute is available. Obviously this compromises the harmonic layout to some degree. There is also a regular Flute version of the Piccolo part’