By: Philip R Buttall
For: Saxophone quartet
This music is in your basket
View basket
Loading... 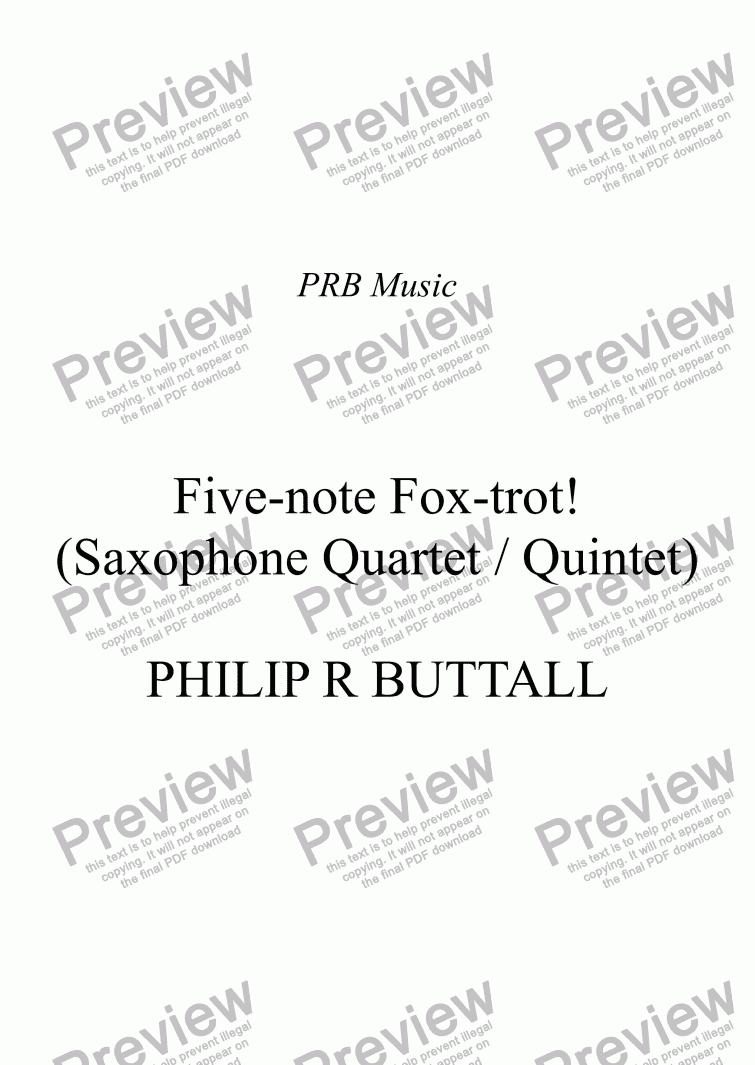 Following a suggestion from Debby Hutt, an ex-member of the National Saxophone Ensemble, UK, I have now included an optional part for a second Alto Sax. This converts the existing quartet into a quintet, if required.