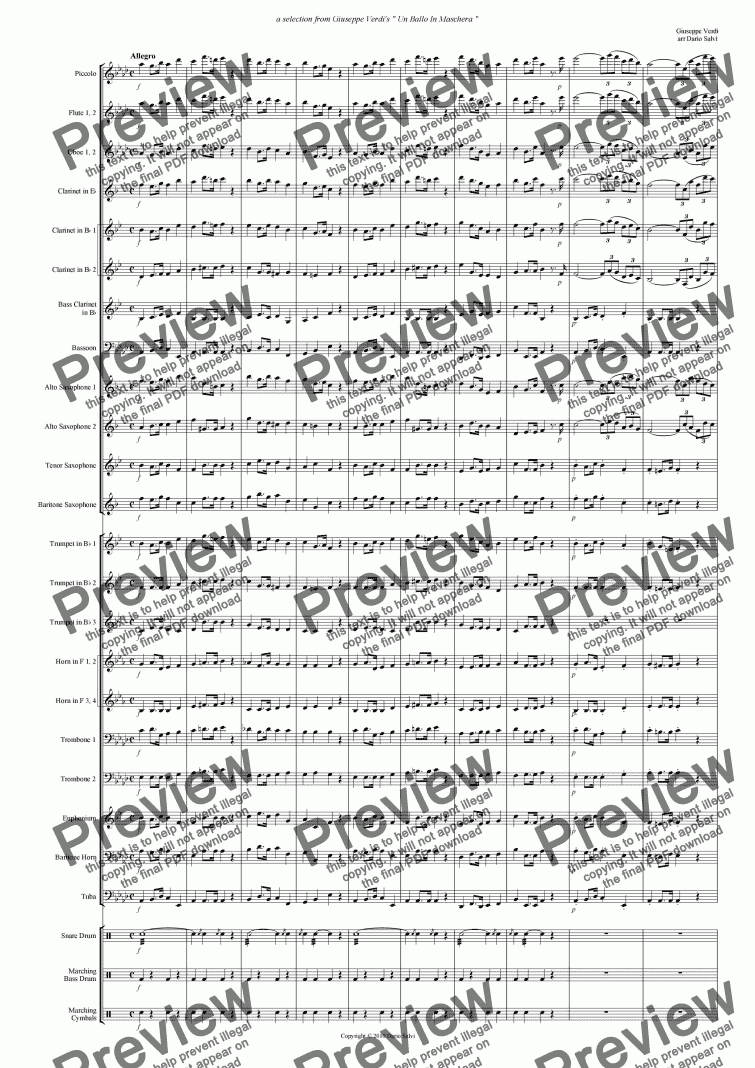 Un ballo in maschera (A Masked Ball), is an opera in three acts by Giuseppe Verdi with text by Antonio Somma. The libretto is loosely based on an 1833 play, Gustave III, by French playwright Eugène Scribe who wrote about the historical assassination of King Gustav III of Sweden. The subject was well known and had been used by other composers, including Daniel Auber, for his 1833 opera, Gustave III, ou Le bal masqué and later by Saverio Mercadante for his Il reggente in 1843. In 1792, the King of Sweden, Gustav III, was killed, the result of a political conspiracy against him. He was shot while attending a masked ball and died 13 days later from his wounds. For the libretto, Scribe retained the names of some of the historical figures involved, the conspiracy, and the killing at the masked ball. The rest of the play - the characterizations, the romance, the fortune-telling, etc. - is Scribe�s invention and the opera is not historically accurate. However, in order to become the Un ballo in maschera which we know today, Verdi’s opera (and his libretto) was forced to undergo a series of transformations, caused by a combination of censorship regulations in both Naples and Rome, as well as the political situation in France in January 1858.

In order to submit this score to ScoreExchange.com Dario Salvi has declared that they own the copyright to this work in its entirety or that they have been granted permission from the copyright holder to use their work. If you believe that this score should be not available here because it infringes your or someone elses copyright, please report this score using the copyright abuse form.

Reviews of A Masked Ball - Un Ballo In Maschera