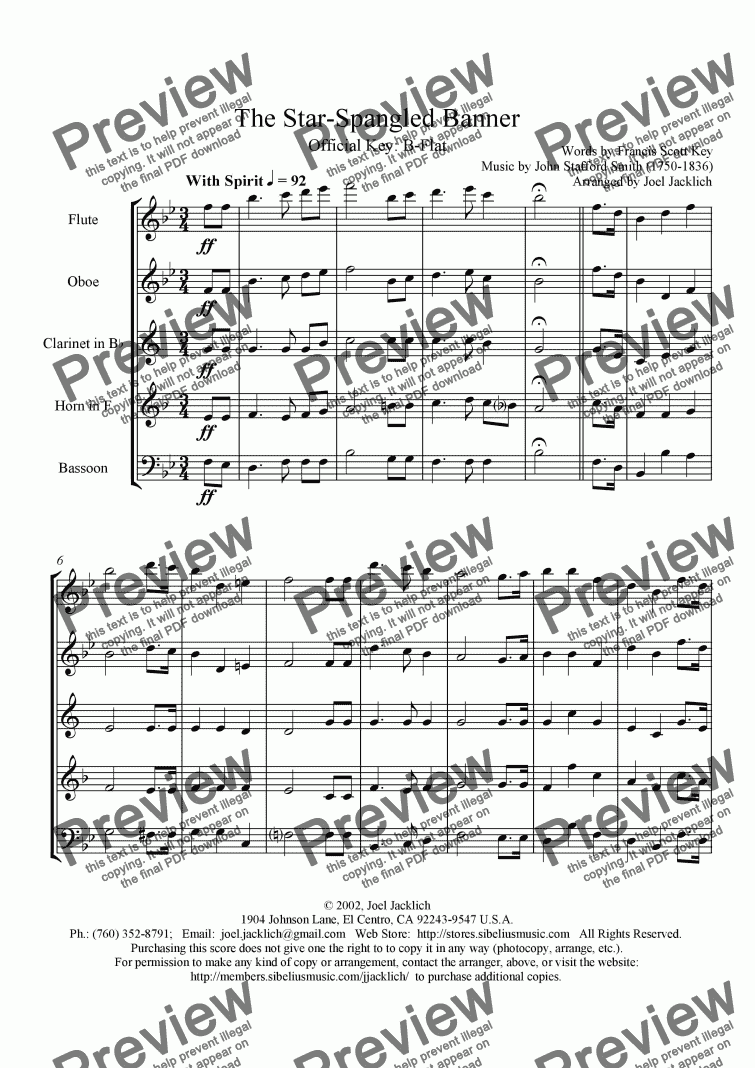 Reviews of The Star Spangled Banner (Bb) for Woodwind Quintet