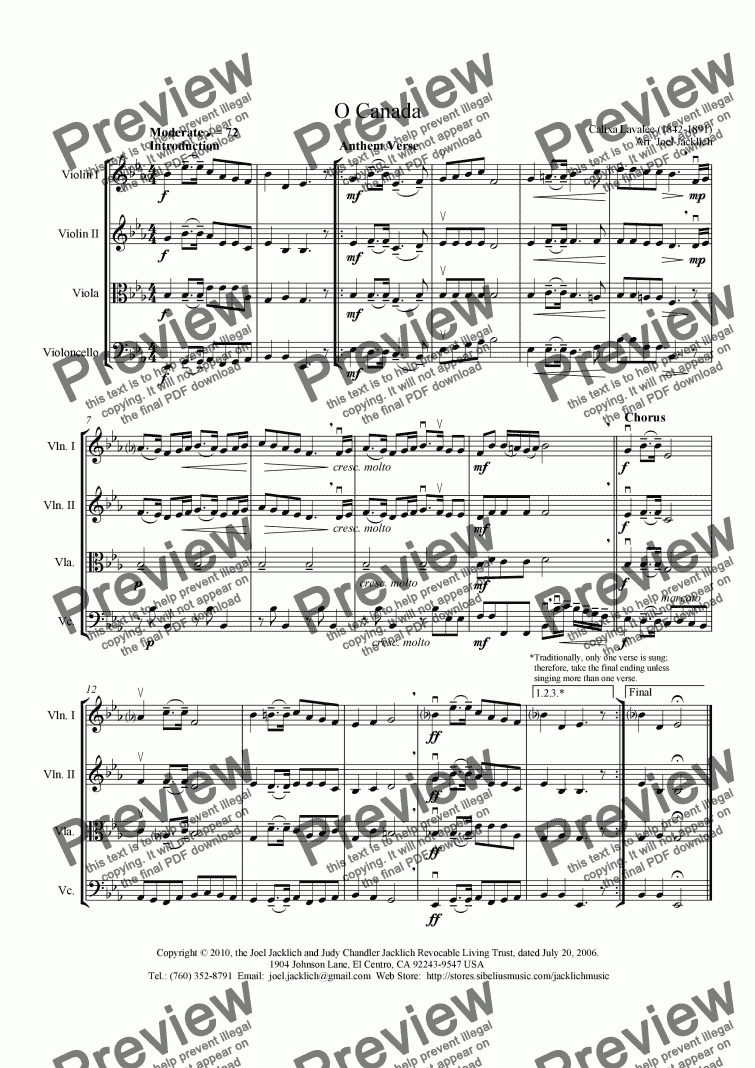 The practice of crafting patriotic songs for public use grew along with nationalism throughout the 19th century. In Canada, politicians and citizens alike had for some time dreamt of a melody with words that would capture the patriotic ideals of the new nation. Various musical pieces drifted into popular use, but it was clear that songs such as "God Save the King (Queen)" or "The Maple Leaf Forever" (with lines like "Wolfe the dauntless hero came") were never going to be popular among French Canadians��. In June 1880 the St-Jean Baptiste Society��wanted a patriotic rallying song for their national festival that year. There was talk of a competition, but the music committee decided to ask the respected young composer Calixa Lavallée to compose an anthem and have it ready for June 24��. Adolphe-Basile Routhier, an accomplished poet, himself later wrote that Lavallée played him his "grand air" and he (Routhier) wrote the four verses the next night��. "O Canada" remained a French only anthem for some 20 years. It was not performed in English Canada until 1901, when it was played in Toronto for the Duke of Cornwall and York (the future King George V). Various translations followed until that of Stanley Weir, published in 1908. With few changes, this is the version sung today. On June 27, 1980 Parliament passed Bill C-36 making "O Canada" Canada’s official national anthem. James H. Marsh, editor in chief of The Canadian Encyclopedia.