By: Samuel Scheidt
For: Large mixed ensemble
This music is in your basket
View basket
Loading... 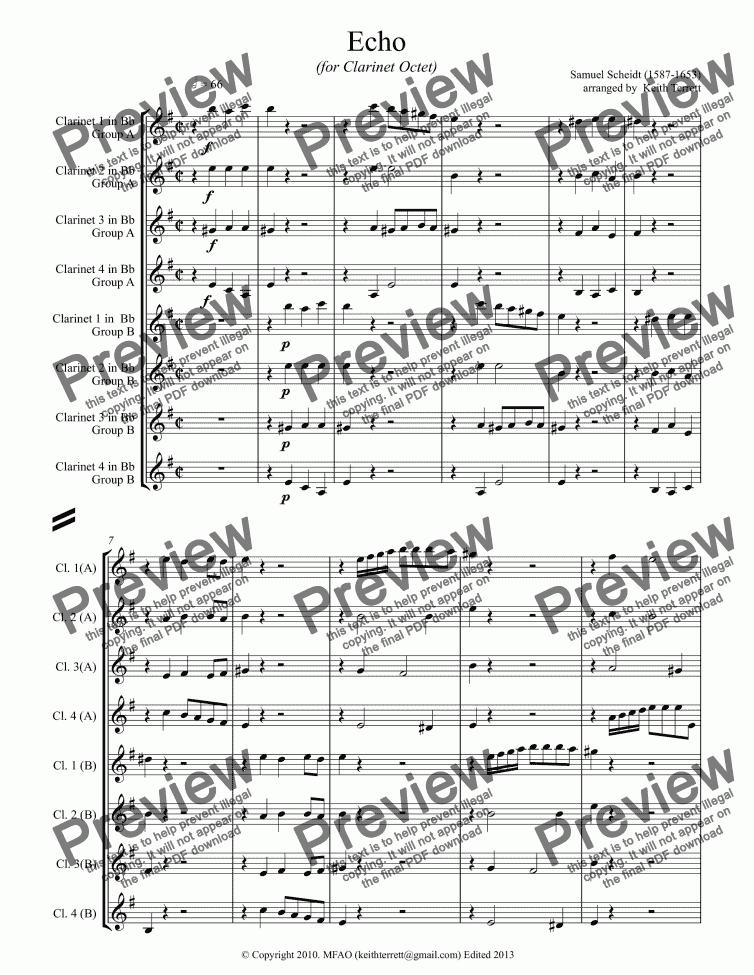 Composer
Samuel Scheidt
Arranger
Keith Terrett
Publisher
Music for all Occasions
Difficulty
Moderate (Grades 4-6)
Duration
1 minute
Genre
Classical music
License details
For anything not permitted by the above licence then you should contact the publisher first to obtain permission.

The music of Samuel Scheidt is a beautiful fit for modern instruments and Keith Terrett has done a magnificent job with this arrangement which can be performed by moderately advanced performers.

He was born in Halle, and after early studies there, he went to Amsterdam to study with Sweelinck, the distinguished Dutch composer, whose work had a clear influence on Scheidt’s style. On his return to Halle, Scheidt became court organist, and later Kapellmeister, to the Margrave of Brandenburg. Unlike many German musicians, for example Heinrich Schütz, he remained in Germany during the Thirty Years’ War, managing to survive by teaching and by taking a succession of smaller jobs until the restoration of stability allowed him to resume his post as Kapellmeister.

Scheidt was the first internationally significant German composer for the organ, and represents the flowering of the new north German style, which occurred largely as a result of the Protestant Reformation. In south Germany and some other countries of Europe, the spiritual and artistic influence of Rome remained strong, so most music continued to be derivative of Italian models. Cut off from Rome, musicians in the newly Protestant areas readily developed new stylistic ideas which were much different from the practice of their neighbours.

Reviews of Echo for Clarinet Octet