Ave Maria Op. 52 No. 6 for voice, string quartet and guitar 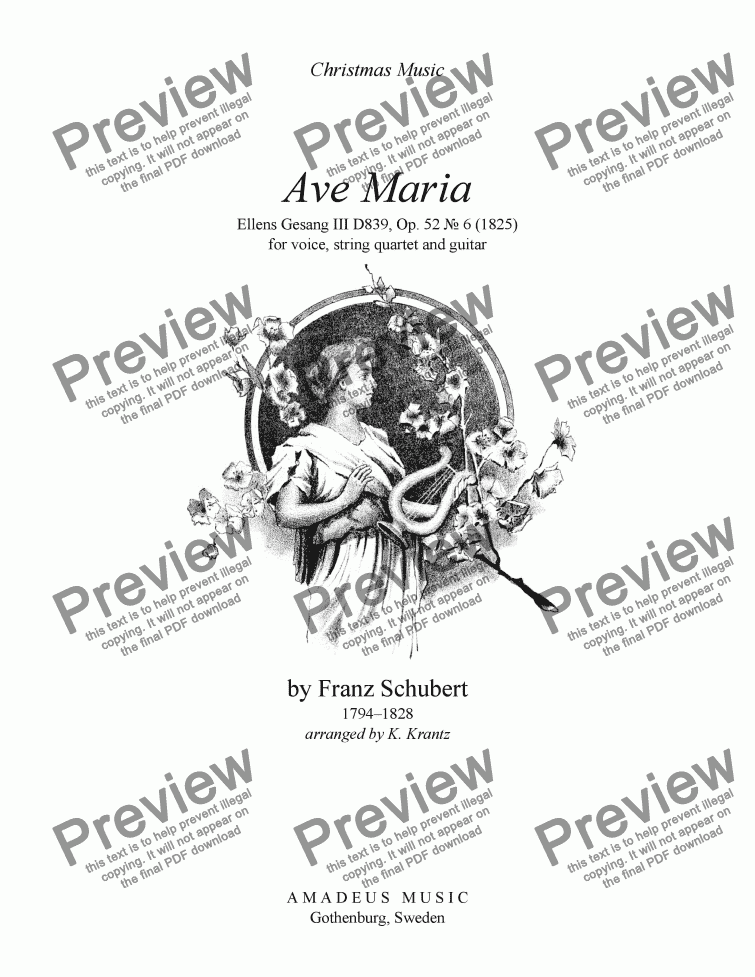 Ellens dritter Gesang (Ellens Gesang III, D839, Op 52 no 6, 1825), Ellen’s third song in English, composed by Franz Schubert in 1825, is one of Schubert’s most popular works, although some misconceptions exist regarding its provenance. Franz Schubert (January 31, 1797 - November 19, 1828) was an Austrian composer. He wrote some 600 Lieder, nine symphonies, liturgical music, operas, and a large body of chamber and solo piano music. He is particularly noted for his original melodic and harmonic writing. While Schubert had a close circle of friends and associates who admired his work (including his teacher Antonio Salieri, and the prominent singer Johann Michael Vogl), wider appreciation of his music during his lifetime was limited at best. Interest in Schubert’s work increased dramatically in the decades following his death. 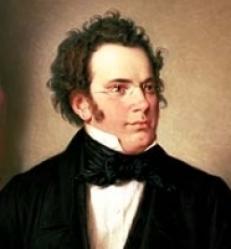 Reviews of Ave Maria Op. 52 No. 6 for voice, string quartet and guitar