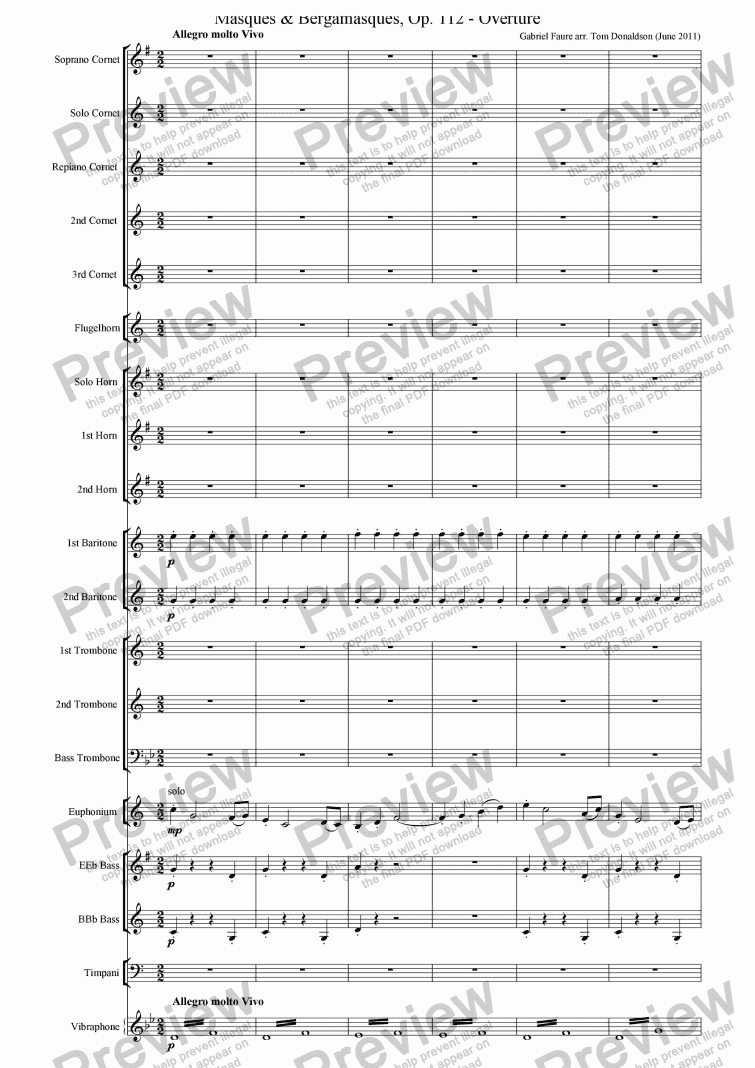 Masques et bergamasques is a twentieth-century musical homage to the world of the fêtes galantes of the eighteenth century by the French composer, organist, and choirmaster Gabriel Fauré (1845�"1924).

Written quite late in Fauré's life, Masques et bergamasques (as Op. 112) is commonly heard today as an orchestral suite. However, it originally arose in an unusual setting.

As first performed in Monte Carlo on 10 April 1919, it was a commission by the Prince of Monaco and was designed to accompany a one-act divertissement, a danced and sung entertainment, with a scenario by René Fauchois inspired by Verlaine, relating how members of a commedia dell'arte troupe would spy on the amorous encounters of aristocrats in its audience. The title, Masques et bergamasques (meaning "masks and bergamasks", a bergamask being a rustic dance), comes from the opening lines of the Verlaine poem sung as the sixth movement: "Votre âme est un paysage choisi / Que vont charmant masques et bergamasques." Fauré reportedly said of Masques et bergamasques that "it is like the impression you get from the paintings of Watteau" (source Wikipedia).

The overture is drawn from Faure's abandoned 1869 Symphony and is a cheerful play on 18th Century style music. A few considerations had to be taken into account to arrange it for brass band and these are apparent once the orchestral score is examined.