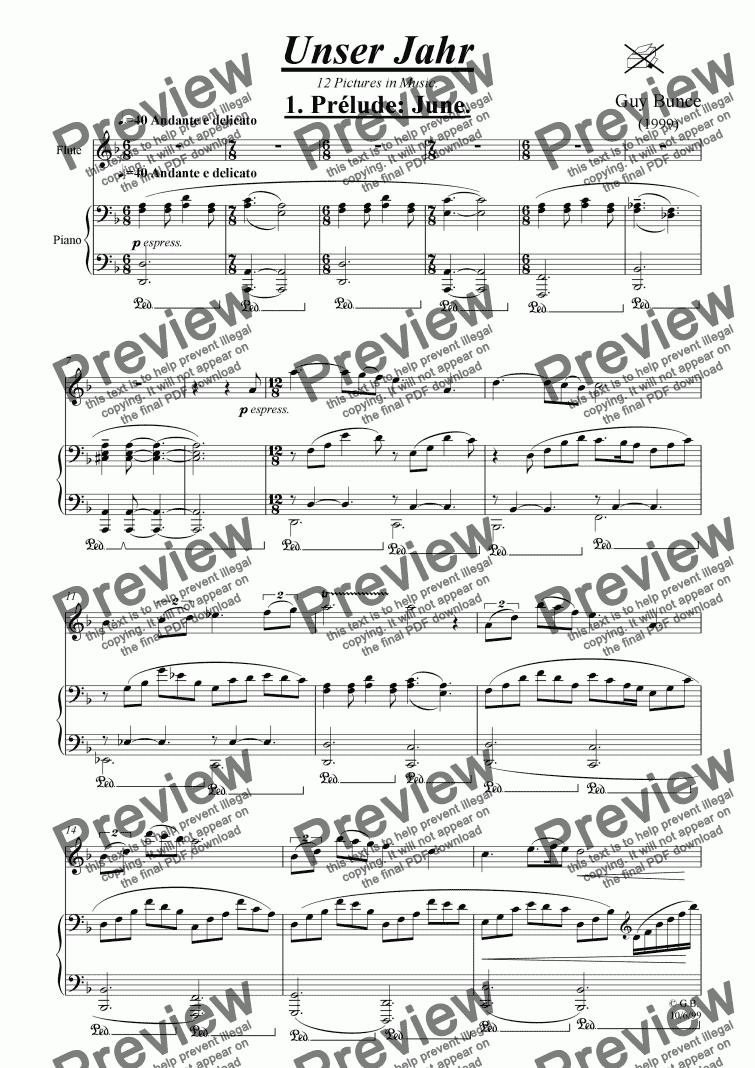 �Unser Jahr� is a set of autobiographical piece depicting a year month by month in music. Most movements are short and self-contained and the styles used are from the complete musical spectrum (classical, Jazz, modern). Each picture describes events from the named month (beginning 1998) and also contains snippets of music that I composed at the time being described. The Prelude begins with a quote from �Etude Fantasia� which was performed in concert during June 1998. The main theme is gradually distorted to eventually become �Gratias Ago� written in June.