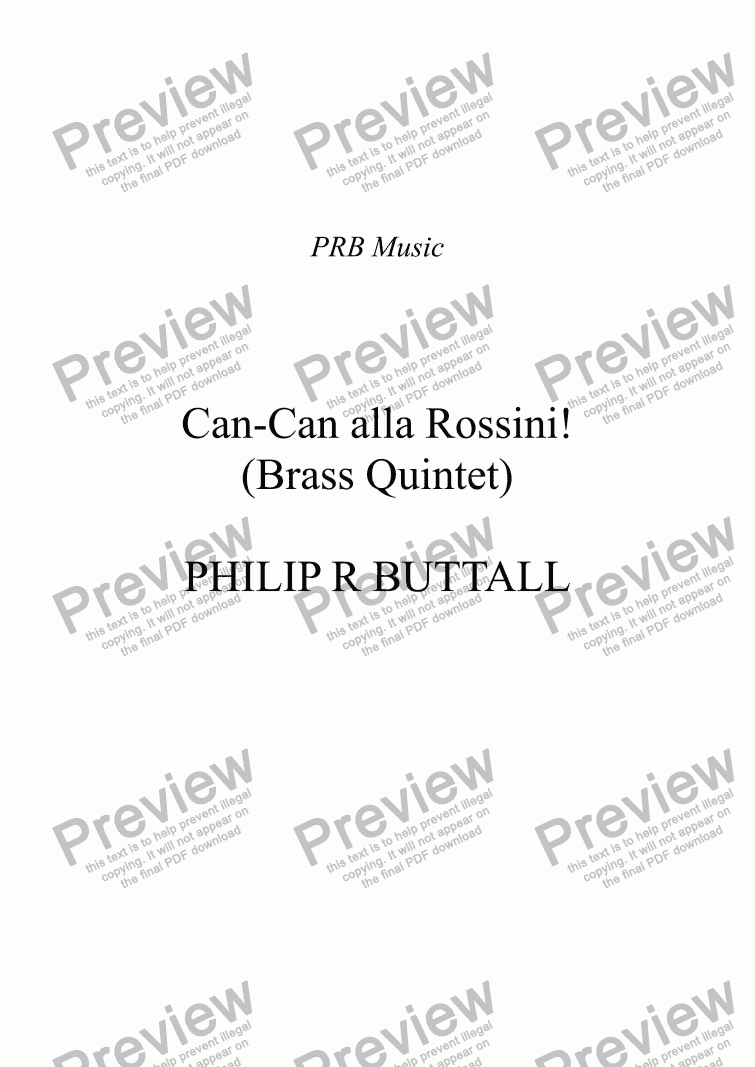 STOP PRESS: Please scroll to the end of this note for important information about which PARTS you may require!

As before, I have included a trombone part in the Treble Clef - other transpositions are no problem, if desired - just ask!

Following an email from Luke Denton, who says: ’We’re based in the small village of Oughtibridge, just outside of Sheffield, we are five of the principal members of the local brass band who are wanting to bring a different aspect to the bands concerts.’, I have made a special arrangement to accommodate Luke’s particular requiremts - he uses Cornets on parts one and two, a Tenor Horn on the original French Horn part, a Trombone (treble clef) for Trombone, and plays the Tuba part on Euphonium.

When I looked at arranging this, there was a distinct advantage in bringing Luke’s version up a tone, so that the notes ’missed’ by losing the Tuba would be minimized. BUT the parts are thus NOT interchangeable!

Trumpet 1 and Trumpet 2 Horn in F (or Tenor Horn [replaces Horn in F) Trombone (or Trombone [TC], if a treble clef version is preferred) Tuba

(This version is in the key of Eb concert)

(This version is in the key of F concert)

Currently there is just one full score, which supports the original Brass Quintet version (in Eb)