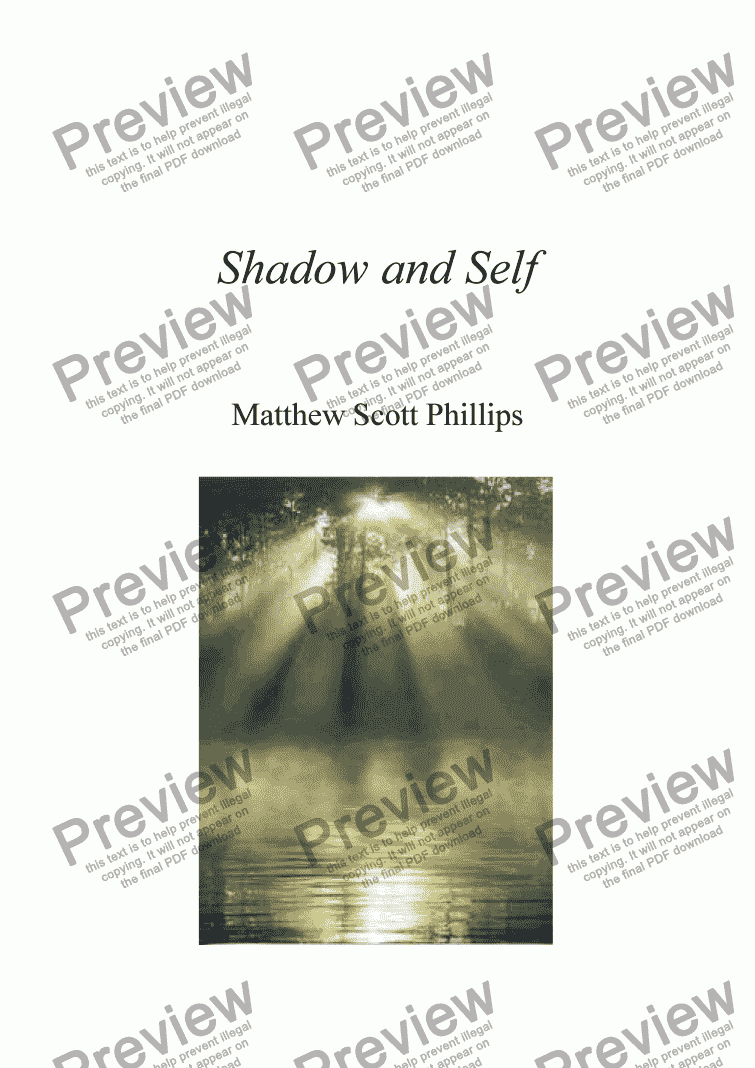 Program Notes: Among the most recognizable of psychological archetypes is the Self; the totality of all the characteristics, perspectives, and personal natures we can introspectively recognize as our own, and the Shadow; the collection of repressed traits, tendencies, and instincts with which we do not identify but nevertheless posses.

While the Shadow is always present, hidden within the details of our awareness, it is rarely observable to the conscious mind. However in times of stress or personal growth the antithesis of our self image can come boiling to the surface. And although it may seem sinister to us, exposure often reveals it as a source of creativity, inspiration, and the keeper of all the honestly simple emotions and drives that we had forgotten.

This composition is a programmatic telling of the emergence and (inevitable?) return to the unconscious of the Shadow Archetype. It is also an exploration of the archetype concept itself: having both a conscious texture, and a subconscious harmonic direction. Its key structure consists of a tonal center, and two “subcenters” which are complete tonal areas in themselves, but are nevertheless part of the greater whole. As the conflict between Shadow and Self progresses, the intervallic distance separating these keys is altered to produce greater dissonance or consonance as necessary to reflect the greater or lesser concord between the divergent aspects of personality.

In order to submit this score to ScoreExchange.com Matthew Scott Phillips has declared that they own the copyright to this work in its entirety or that they have been granted permission from the copyright holder to use their work. If you believe that this score should be not available here because it infringes your or someone elses copyright, please report this score using the copyright abuse form. 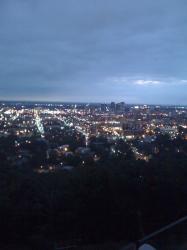 Reviews of Shadow and Self