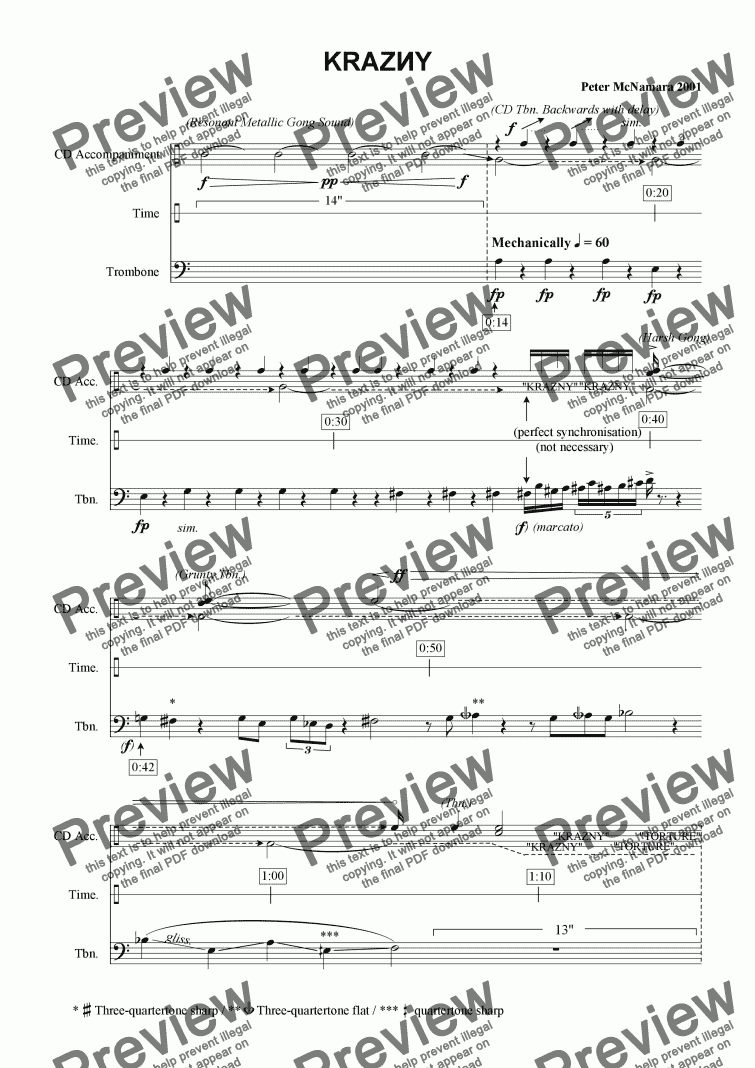 This work is written for Trombone and electronics. The price includes a file of the electronics, which you should email me to receive via dropbox or google drive

Krazny is a work for solo Trombone and CD accompaniment completed in early July 2001. From the very beginning, the intention was to create a work with interaction between the acoustic Trombone and the electronic accompaniment as there is always a danger that the two parts can be written independently and therefore have no relationship with each other.

The title, Krazny, is the Russian word for Red and the work represents the communist oppression over many decades of Russia and other countries. The sounds contained on the accompaniment CD are all acoustic sounds and spoken key words like “torture” etc that have been recorded and then processed with a program called Soundhack. This program can time-stretch audio files, fuse 2 files together and even mutate the acoustic properties of sounds.

In order to submit this score to ScoreExchange.com Peter McNamara has declared that they own the copyright to this work in its entirety or that they have been granted permission from the copyright holder to use their work. If you believe that this score should be not available here because it infringes your or someone elses copyright, please report this score using the copyright abuse form.