Concertino for Alto Saxophone and Band Concertino was composed during 2009 at the request of Dr. Andy Wen and premiered by him at the Region 4 NASA Conference in April 2011. The work is in three movements.

The first movement is in an abbreviated sonata form in a spirited Vivace tempo. The first theme group consists more of motives rather than an actual theme and is characterized by interplay between the soloist and the band. The second theme group has a lyrical saxophone line over a staccato bass line. The development begins quietly with the treatment of a syncopated idea from the second theme using a trio of solo saxophone, timpani and euphonium. After further development, a variant of the first theme group returns. The recapitulation consists only of first theme group ideas before ending with a brief coda.

The second and third movements are performed with out pause between them. While the first movement was created during 2009, the second and third movements are a reworking of an earlier work by the composer for alto saxophone and piano soloists with orchestra. A rubato Lento theme containing many triplets that is accompanied by lush harmony begins the second movement. It is followed by a more scale-wise melody that is treated contrapuntally. Both these ideas develop during the movement leading to a strong climax before returning to a quiet conclusion. The third movement is an Allegro, once again with a rhythmic opening idea that changes meter often, and a more lyrical second idea with scale-wise passages as counterpoint. The development of these ideas leads to a cadenza for the solo saxophonist, followed by a coda that brings the composition to a rousing conclusion. 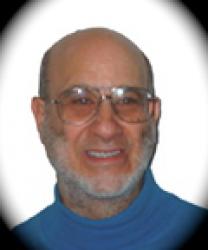 Reviews of Concertino for Alto Saxophone and Band