Composer
Richard Henninger
Parts available
Keyboard only for rehearsal
Full score details...
This music is in your basket View basket 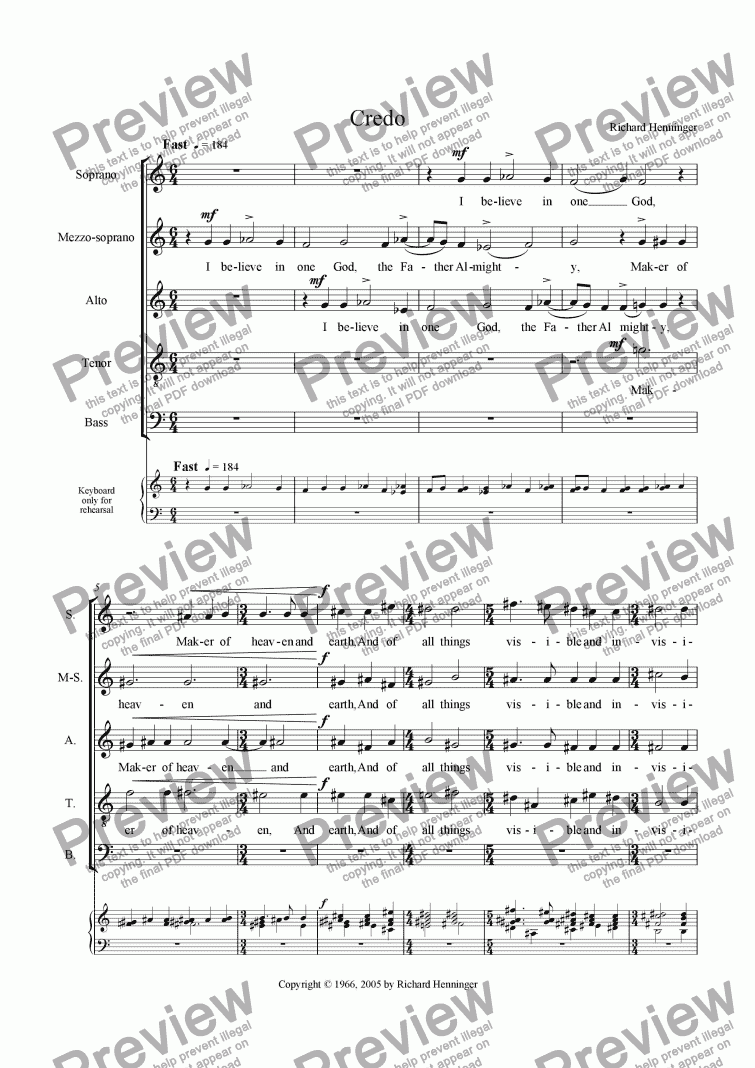 Originally composed in 1966 and performed by members of the Pomona College Choir, this piece was revised in 2006. It is based upon a modern notion of a plainsong mass where motivic fragments rather than whole quotations of an existing chant (Missa Orbis Factor) form the building blocks of each movement. The order of performance of movements follows the original Book of Common Prayer (still in effect in 1966) where the Gloria is sung after the Agnus Dei.

In order to submit this score to ScoreExchange.com Richard Henninger has declared that they own the copyright to this work in its entirety or that they have been granted permission from the copyright holder to use their work. If you believe that this score should be not available here because it infringes your or someone elses copyright, please report this score using the copyright abuse form. 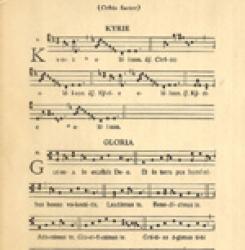 Keyboard only for rehearsal

Keyboard only for rehearsal