Allegro from the Trumpet Concerto for Flute & Keyboard

By: Guiseppe Torelli
For: Solo Flute + piano
This music is in your basket
View basket
Loading... 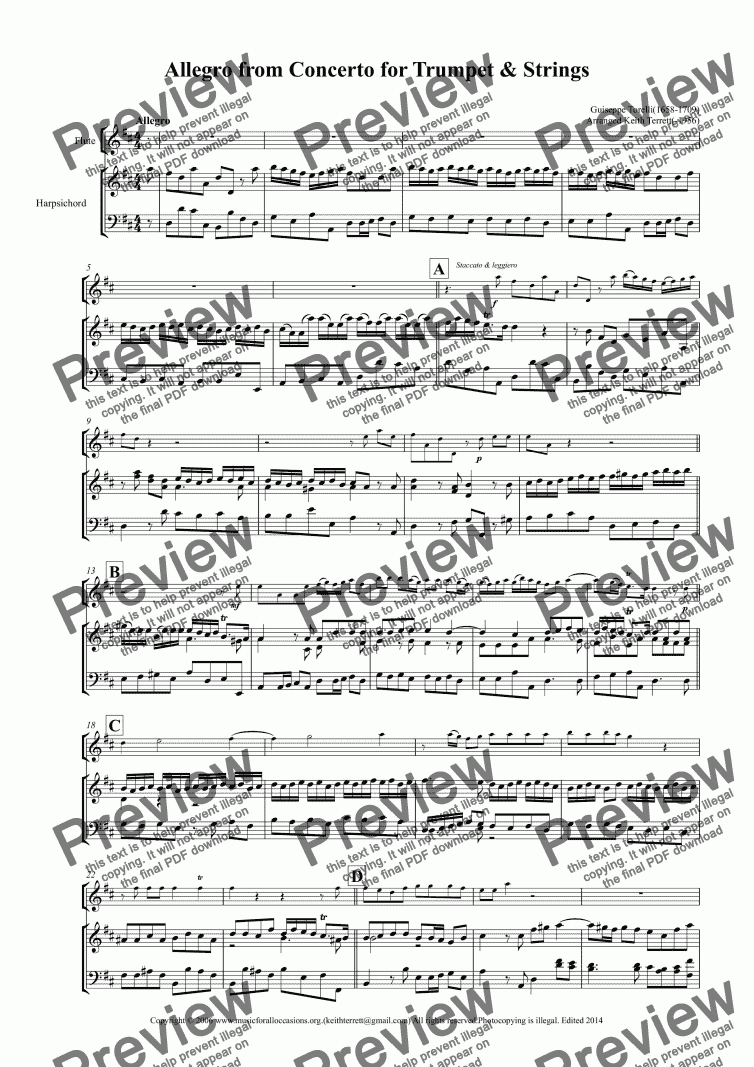 Allegro from the Trumpet Concerto for Flute & Keyboard

Composer
Guiseppe Torelli
Arranger
Keith Terrett
Year of arrangement
2006
Publisher
Music for all Occasions
Difficulty
Moderate (Grades 4-6)
Duration
3 minutes
Genre
Classical music
License details
For anything not permitted by the above licence then you should contact the publisher first to obtain permission.

This little arrangement is not so hard on flute in D major, as it mainly lies under the fingers, and should suit younger players and professional ones alike looking for Baroque literature; with which to expand their concert repertoires.

Reviews of Allegro from the Trumpet Concerto for Flute & Keyboard