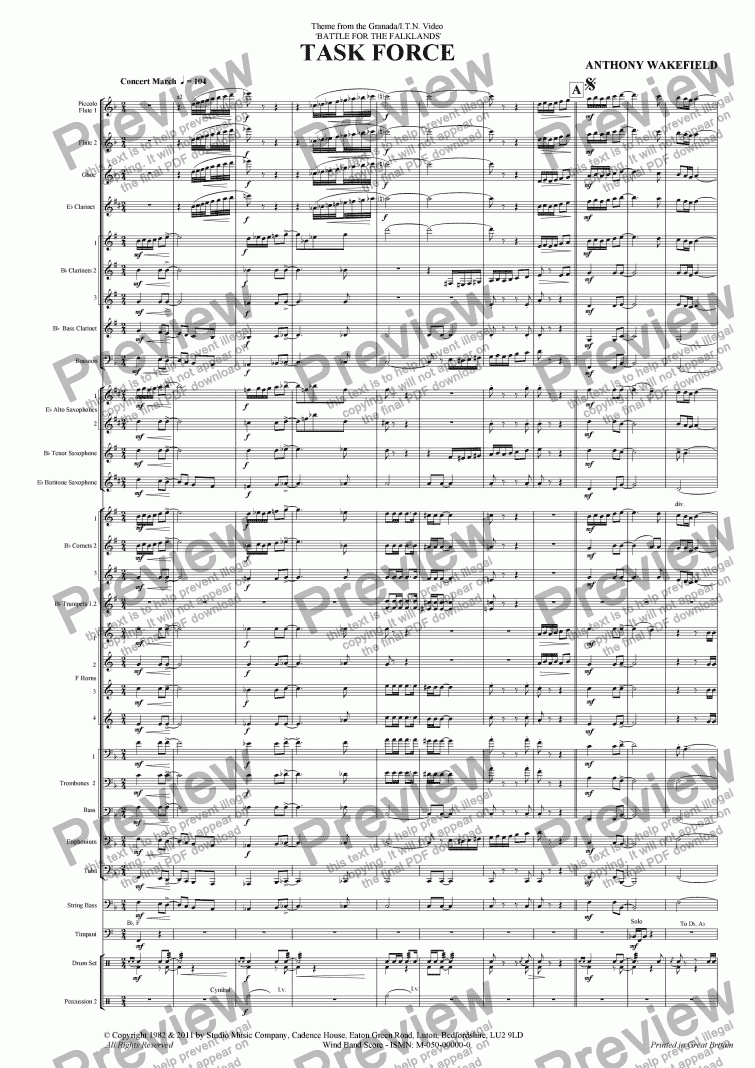 The opening and closing Title Music for the Granada/ITN video "The Battle for the Falklands". I had been made redundant in 1982 from EMI Music Publishing (during Mrs Thatcher`s war on all industry, in addition to her other war further south in the same year). This music was lying on the Kneller Hall Director of Music`s desk when ITN called for some suitable music for their newsreel account of the Falkland Island`s war. The picture remembers Captain Sam Salt, whose ship the HMS Sheffield was sunk with many lost. Captain Salt eventually aspired to Rear Admiral at the end of his career, and he died in 2009. The Falkland Islands war memorial lists many others who died in the cause of freedom for British citizens. They lie there therefore, with our gratitude, so far away, in British soil.

Published by Studio Music Company, Luton, UK, hence only the first page of score is viewable. A new edition for 2011.

In order to submit this score to ScoreExchange.com Tony Wakefield has declared that they own the copyright to this work in its entirety or that they have been granted permission from the copyright holder to use their work. If you believe that this score should be not available here because it infringes your or someone elses copyright, please report this score using the copyright abuse form. 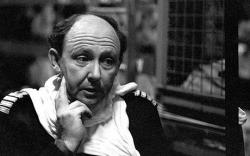