In the Steppes of Central Asia 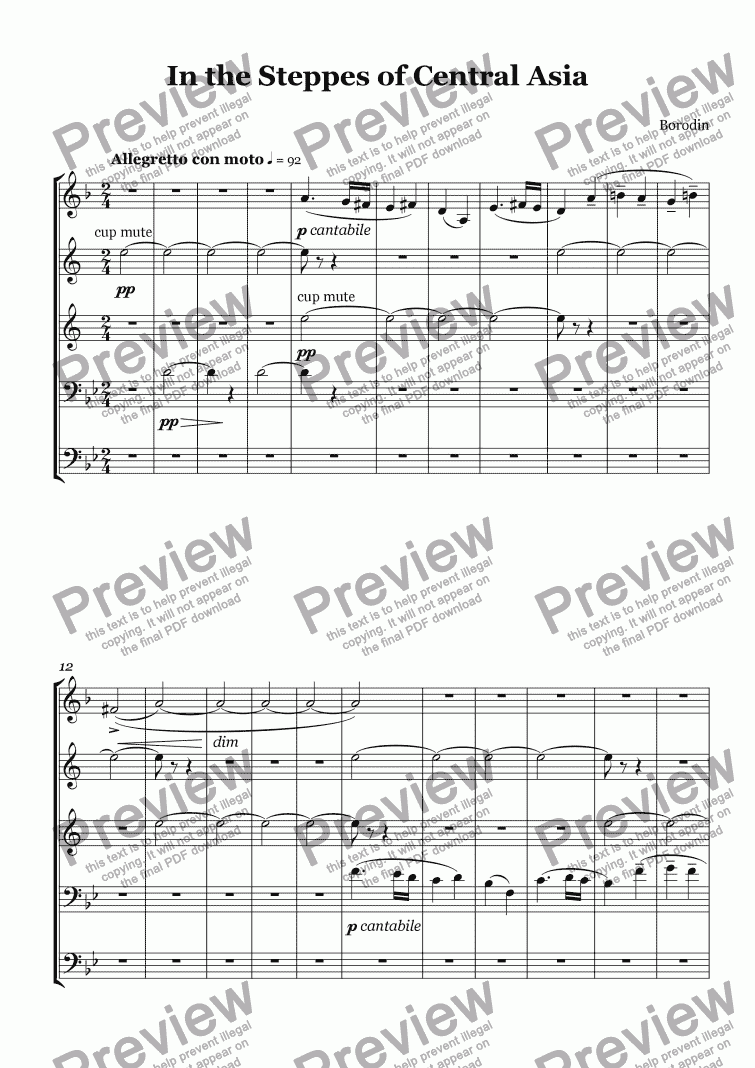 Arranged for Brass Quintet here, the work was originally intended to be presented as one of several tableaux vivants to celebrate the silver anniversary of the reign of Alexander II of Russia, who had done much to expand the Russian Empire eastward. The intended production never occurred, due to Alexander II's assassination that year, but the work itself became, and has remained, a concert favorite ever since its first concert performance, on 8 April 1880 (Old style) in St. Petersburg by the orchestra of the Russian Opera under the conductorship of Nikolai Rimsky-Korsakov

In order to submit this score to ScoreExchange.com Aaron Barnes has declared that they own the copyright to this work in its entirety or that they have been granted permission from the copyright holder to use their work. If you believe that this score should be not available here because it infringes your or someone elses copyright, please report this score using the copyright abuse form.

Reviews of In the Steppes of Central Asia