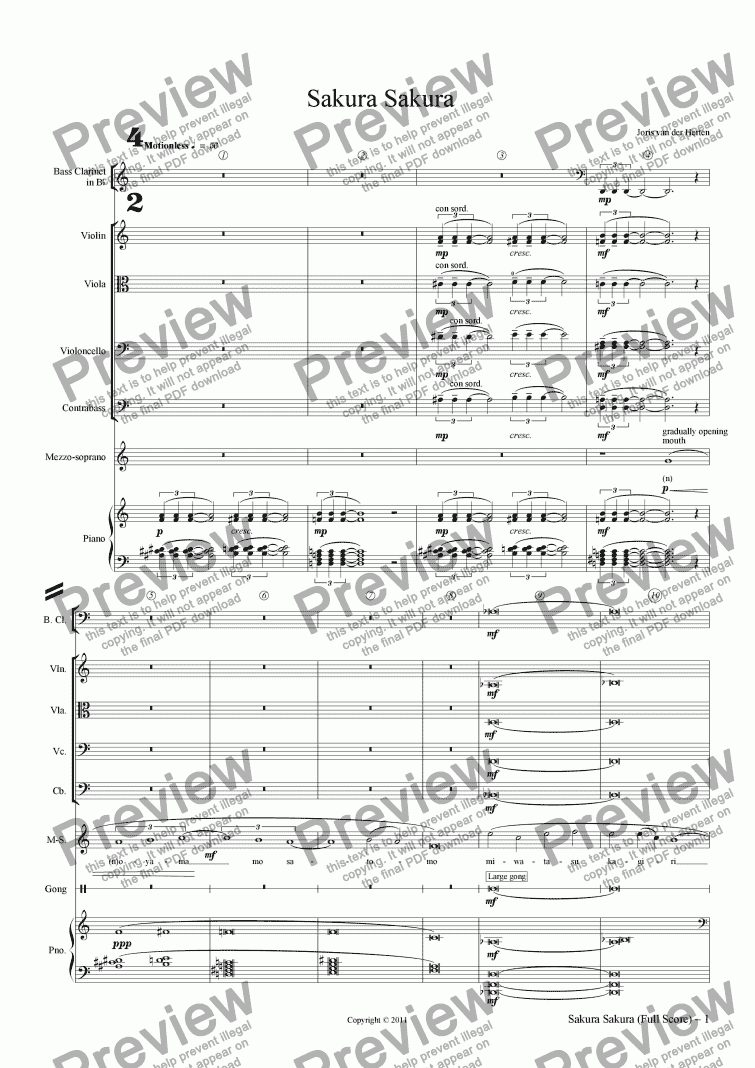 "Sakura Sakura" (桜桜 さくら さくら?), also known as "Sakura", is a traditional Japanese folk song depicting spring, the season of cherry blossom. Contrary to popular belief, the song did not originate from ancient times, not from the Heian period or prior. It was an urban popular melody of the Edo period which was adopted as a piece for beginning koto students in the Tokyo Academy of Music Collection of Japanese Koto Music issued 1888 (in English) by the Department of Education. The song has been popular since the Meiji period, and the lyrics in their present form were attached then. It is often sung in international settings as a song representative of Japan. (source: Wikipedia)