By: Hector Berlioz
For: String quartet
This music is in your basket
View basket
Loading... 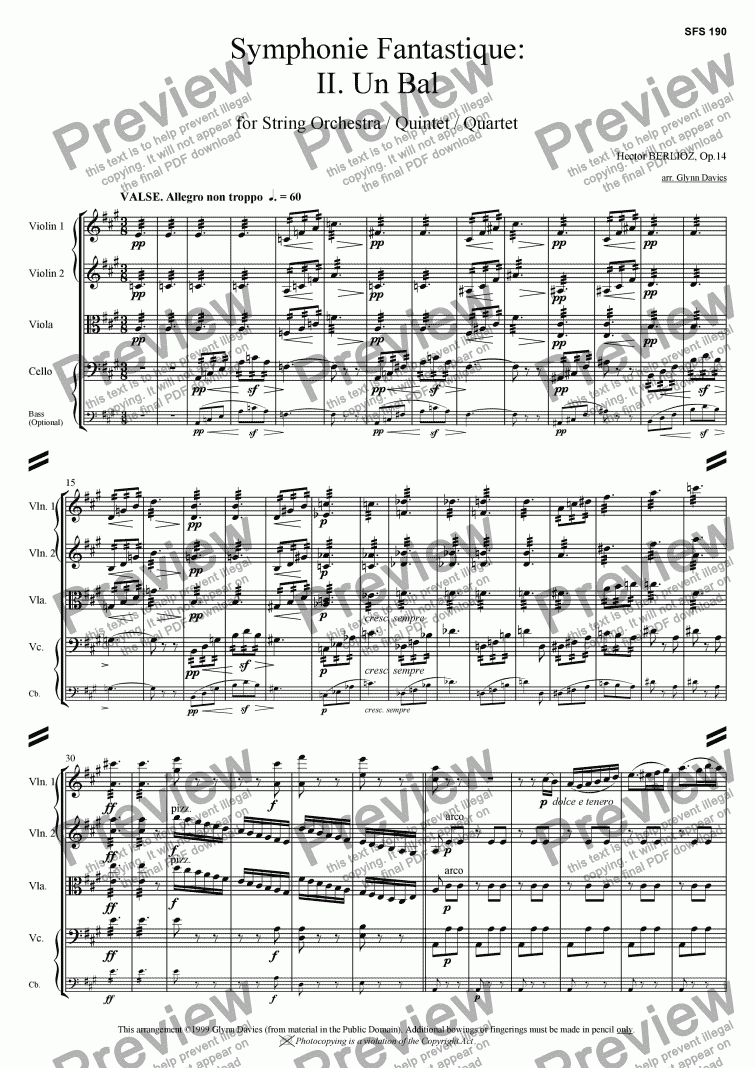 By: Hector Berlioz
For: String quartet

Composer
Hector Berlioz
Year of composition
1830
Arranger
Glynn Davies
Difficulty
Difficult (Grades 7+)
Duration
4 minutes
Genre
Classical music
License details
For anything not permitted by the above licence then you should contact the publisher first to obtain permission.

Berlioz composed this work in 1830 and conducted the first performance in Paris on December 5 of that same year. He revised it in 1832 and added two cornets to the instrumentation in 1845.

Berlioz the composer was a full-blown Romantic, whose infatuation-at-first-sight with a pretty British ing?nue named Harriet Smithson influenced his Fantastic Symphony. Miss Smithson came to Paris to play Shakespeare, Berlioz's hero (along with Virgil, Goethe, Gluck, Beethoven, Lord Byron, and Victor Hugo). Harriet was "The Beloved" of his programme fantastique. "A young musician of morbid sensibility…in a paroxysm of lovesick despair" attempts suicide, but takes only enough laudanum to induce hallucinations, in which his Beloved appears as a recurring melody with several personalities, finally as a bacchante at a satanic ritual. Despite the lurid scenario, Berlioz's five-movement structure owes more to Beethoven's Pastoral Symphony than anyone seems to have noticed at the time, or, for that matter, since. Where Beethoven whipped up a storm, Berlioz created a mob scene that concludes with the protagonist's death: his decapitated head bounces into a waiting basket pizzicato. In the finale, Berlioz went far beyond Beethoven's merrymaking peasants; he created a witches' sabbath, without precedent in music before 1830. Along with liberating orchestral color, he overthrew the tyranny of bar-lines, downbeat accents, and academic dogma.

"A Ball" (Allegro non troppo, A major) is the waltz without a trio, although a contrasting section in the original piece in F major has unison flute and oboe playing the Beloved's theme.

This arrangement has references to the id?e fixe removed to make it a "stand alone" piece. It comes with an optional bass part for use with string orchestra.