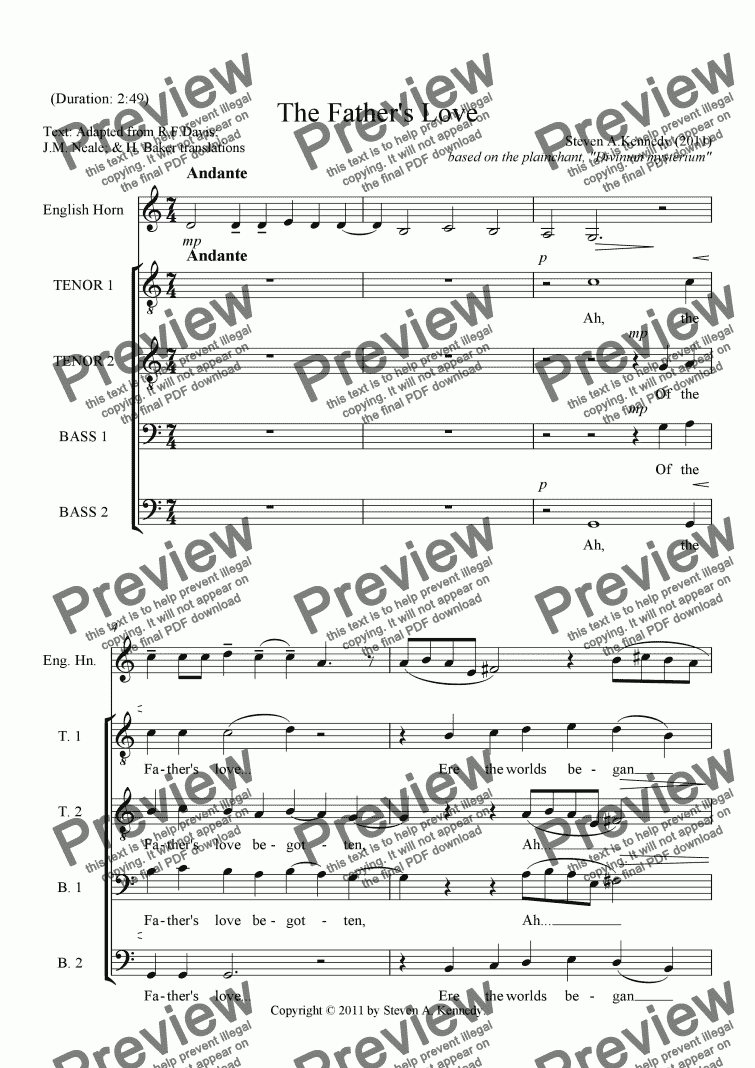 Father’s Love is a setting of the 12th century plainchant “Divinum mysterium.” The original Latin text, Corde natus ex parentis,” is attributed to Prudentius (348?-413) and the tune itself was first published in Theodoricis Petri’s Piae Cantiones (1582). The text for the present work is adapted from translations made by Roby Furley Davis (English Hymnal, 1906), and the more familiar 19th century text adapted by John Mason Neale (The Hymnal Noted, 1854) and Henry Baker (Hymns Ancient and Modern, 1861). Strewn inside the English horn part are references to other Christmas melodies “Er ist ein Rose,” “Silent Night” and “Hark the Herald.”

In order to submit this score to ScoreExchange.com Steven Kennedy has declared that they own the copyright to this work in its entirety or that they have been granted permission from the copyright holder to use their work. If you believe that this score should be not available here because it infringes your or someone elses copyright, please report this score using the copyright abuse form.

Reviews of The Father’s Love