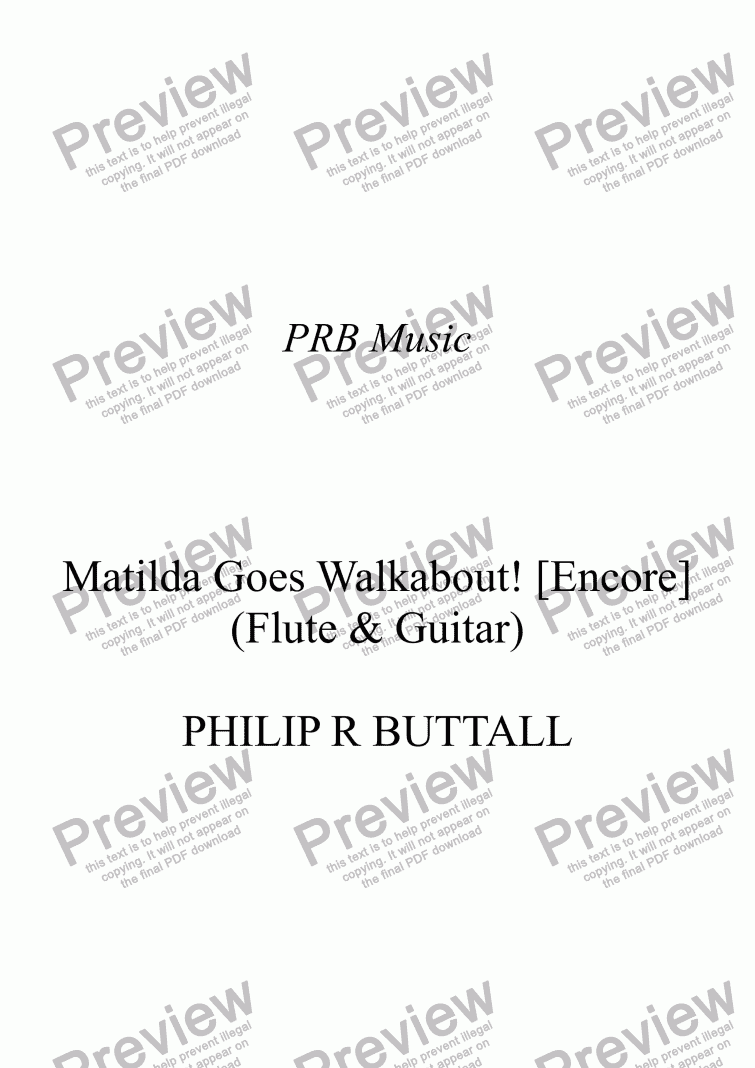 A good while back, I reviewed a top flute and guitar duo featuring Australian-born flautist, Judith Hall and guitarist, Craig Ogden. They had heard my original Matilda Goes Walkabout! and suggested I write a version for them. I enlisted the help of local classical guitarist, Alison Smith, to make sure what I had produced from the piano original would fit comfortably on the guitar, and when I’d done this, I set about sending it to Judy and Craig.

Because the guitar is somewhat limited, when compared to the piano, some of the tempi had to be slower and, combined with the need to make this a good ’encore’ piece, on Judy’s suggestion, I decided then to shorten the piece from the original. This seemed to work a treat, and especially transposed down a semitone into D, and with the guitar’s 6th string similarly de-tuned.

I was delighted when Judy and Craig performed the piece as an encore went they recently played in Plymouth in September 2011. With the further help of Judy, I refined the piece down to here usual expectation of an ’encore’ not really lasting a great deal more than three minutes. This meant some difficult decisions and further cuts, but the reception it received made it all the more impressive!

Judy wrote: ’You’ll be glad to hear that Matilda was also a huge success in Macclesfield, and she will be heard elsewhere this week. So thank you once again!’

I did video the performance on my BlackBerry, but agreed that this was to be for personal use only!