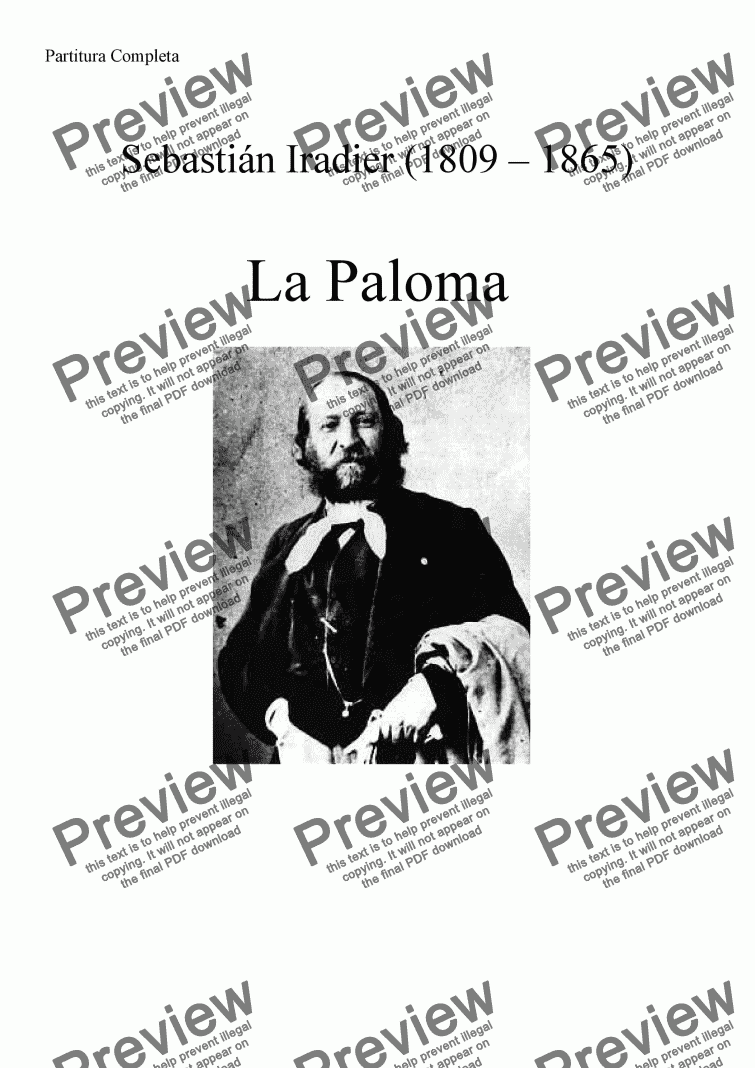 Sebastián Iradier Salaverri (Salaberri) (20 January 1809 – 6 December 1865), a.k.a. Sebastián Yradier, was a Spanish Basque composer. Iradier was born in Lanciego, in the province of Álava. His publisher in Paris urged him to "universalize" his name, from Iradier to Yradier. He is known primarily for his habaneras, especially the one titled "La Paloma", written around 1860 after a visit to Cuba. "La Paloma" was extremely popular in both Spain and America (especially Mexico), where it was responsible for the great popularity achieved by the habanera. A collection of 25 of Iradier’s most popular songs was published in Paris in 1864, with French words, as "Fleurs d’Espagne".[1] Another of Iradier’s compositions is "El Arreglito", an habanera used by Georges Bizet in his opera Carmen as a source of inspiration. Bizet, thinking it was a folk song, inspired by the melody of "El Arreglito" and recomposed what is known today as the "Habanera" from Carmen: the aria "L’amour est un oiseau rebelle" which is another aria from "El Arreglito". When he discovered his mistake, he added a note to the vocal score of the opera, acknowledging its source.[1] Iradier died in obscurity in 1865.

In order to submit this score to ScoreExchange.com Cristian Budeanu has declared that they own the copyright to this work in its entirety or that they have been granted permission from the copyright holder to use their work. If you believe that this score should be not available here because it infringes your or someone elses copyright, please report this score using the copyright abuse form.