Pieces for cello and piano

By: arr. Carla Louro
For: Solo Violoncello + piano
This music is in your basket
View basket
Loading... 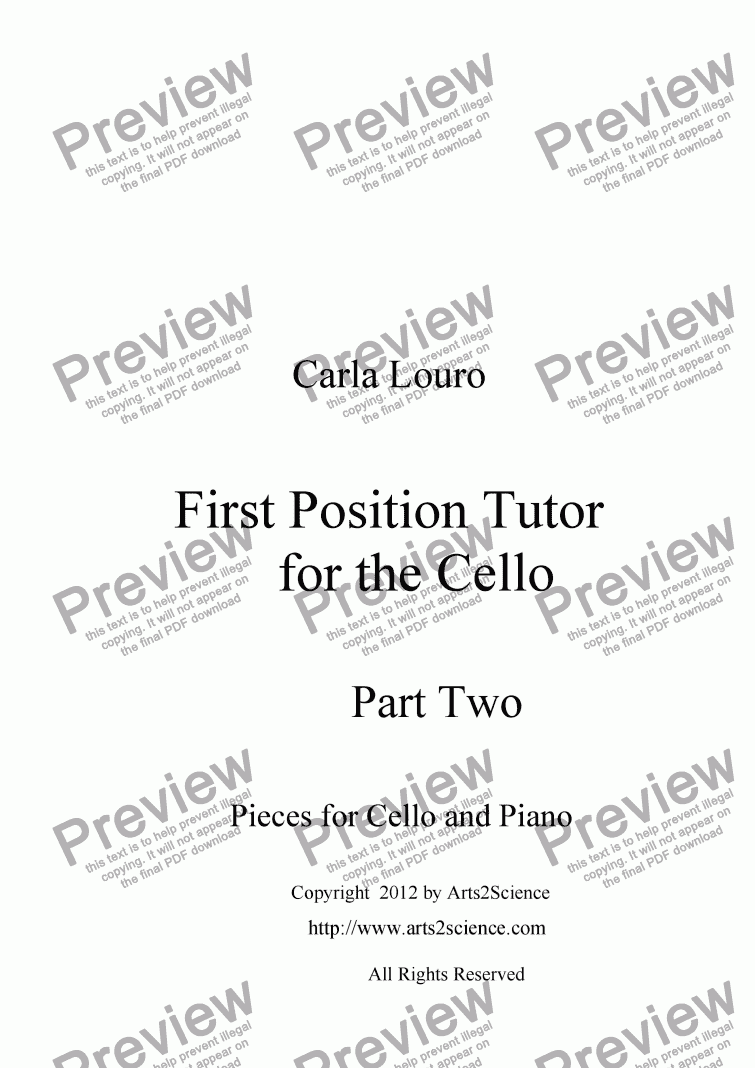 Pieces for cello and piano

Composer
arr. Carla Louro
Year of composition
2012
Arranger
Carla Louro
Year of arrangement
2012
Difficulty
Easy (Grades 1-3)
Duration
60 minutes
Genre
Classroom materials and Classical music
License details
For anything not permitted by the above licence then you should contact the publisher first to obtain permission.

This book has different pieces and exercises, along with some theory explanations. All the exercises and pieces are in the First Position. It is composed by two parts:

- Part Two is composed by several pieces fo cello with piano accompaniment, all in First position.

The concepts and techniques are learned very progressively. The pieces in part two become progressively bigger and harder. The pieces in the book are well known classical themes from famous composers, popular folk songs from several countries, important pieces from cello repertoire and pieces by the author.

- "Old Macdonald had a farm" : children song, cello and piano

- "Tango in A", Carla Louro: cello and piano

Reviews of First Position Tutor for the Cello Part Two

Sorry, there's no reviews of this score yet. Please .
In order to submit this score to ScoreExchange.com Carla Louro has declared that they own the copyright to this work in its entirety or that they have been granted permission from the copyright holder to use their work. If you believe that this score should be not available here because it infringes your or someone elses copyright, please report this score using the copyright abuse form.