Deep in the Heavens 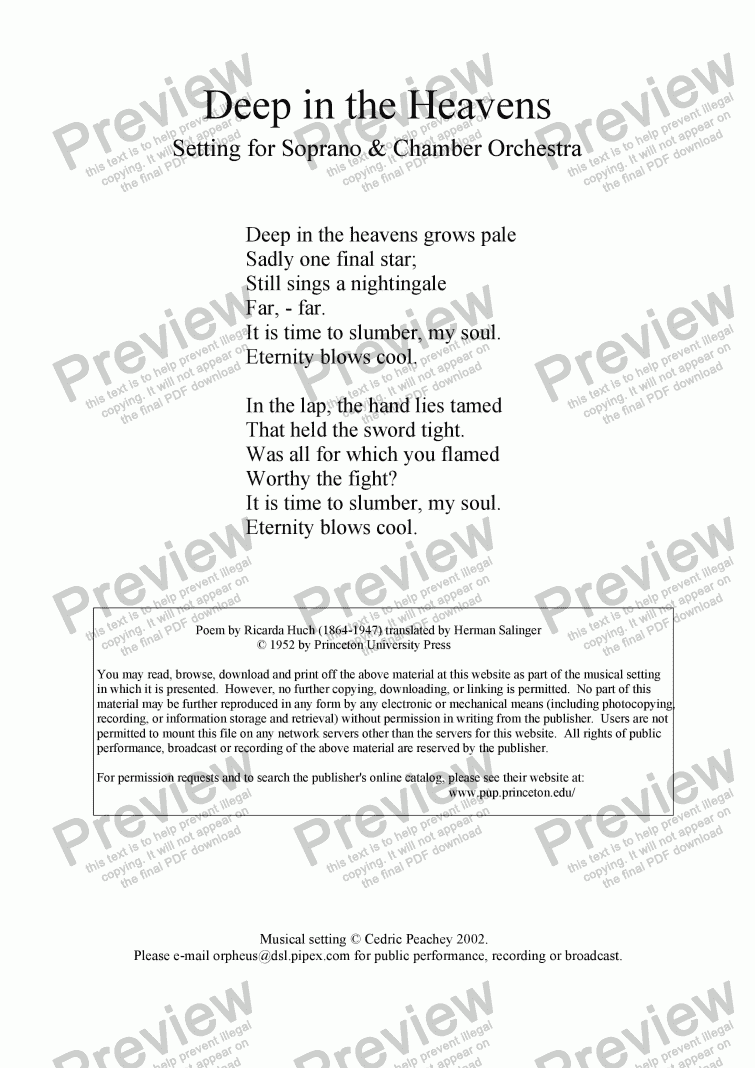 I first came across Herman Salinger's translations of Twentieth Century German Poetry when doing my A-Levels. The vocal line and harmony soon fell into place but it has taken me several decades to arrive at a definitive setting.

Ricarda Huch is unique in many ways - she was a writer and historian at a time when this was rare for a woman and in 1931 she became the first woman to be admitted to the Prussian Academy of Literature. She was a neo-Romantic when this was quite unfashionable and she had the exemplary courage to resign from the Academy in 1933 over its treatment of Jewish writers.

Read against this background, I found the two short verses carry an immense charge - they combine a longing for the infinite with the stark realisation of our transience. My setting attempts to capture the broad span of emotions and questions contained within these few lines. The models I had were the orchestral settings of Richard Strauss and Mahler, where the music often takes a much larger role than might be expected from a simple reading of the verse. 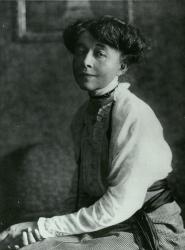 Reviews of Deep in the Heavens