By: Marc-Antoine-Charpentier (1634-1704) arranged by Tony Tournoff
For: Orchestra
This music is in your basket
View basket
Loading... 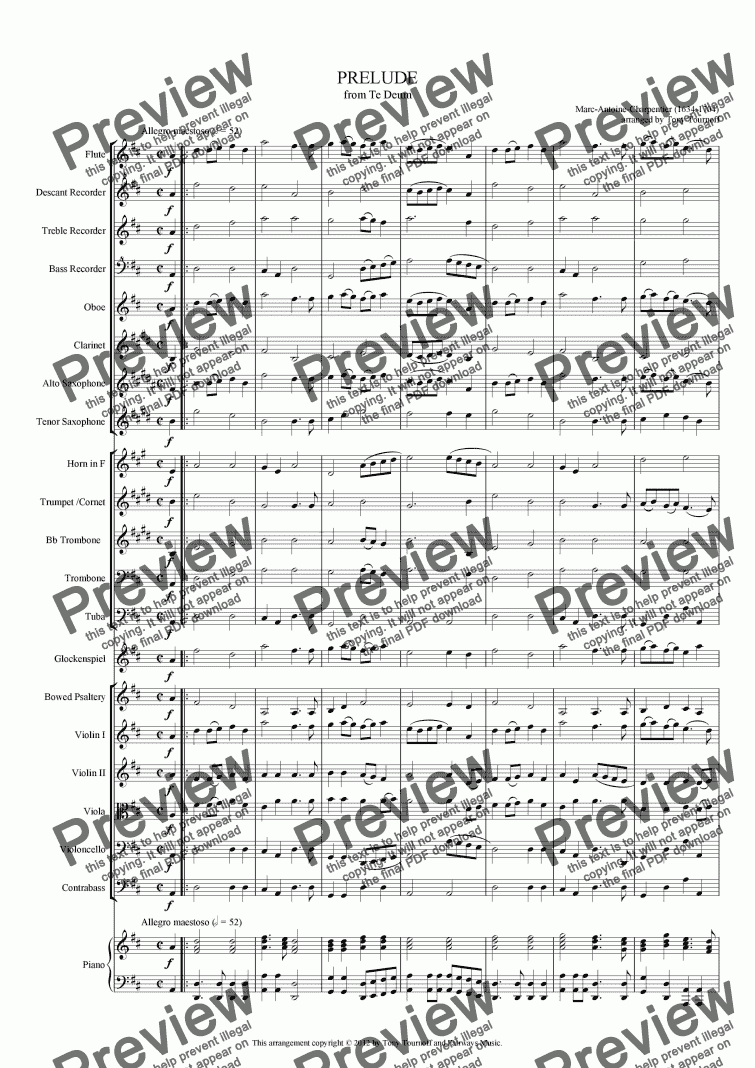 Composer
Marc-Antoine-Charpentier (1634-1704) arranged by Tony Tournoff
Arranger
Tony Tournoff
Year of arrangement
2012
Publisher
Fairways Music
Difficulty
Easy (Grades 1-3)
Duration
2 minutes
Genre
Classical music
License details
For anything not permitted by the above licence then you should contact the publisher first to obtain permission.

Those of you who watch the Eurovision Song Contest will recognise the theme from the opening prelude, which for many years has been the signature tune for that competition.

Sorry, there's no reviews of this score yet. Please .
In order to submit this score to ScoreExchange.com Tony Tournoff has declared that they own the copyright to this work in its entirety or that they have been granted permission from the copyright holder to use their work. If you believe that this score should be not available here because it infringes your or someone elses copyright, please report this score using the copyright abuse form.