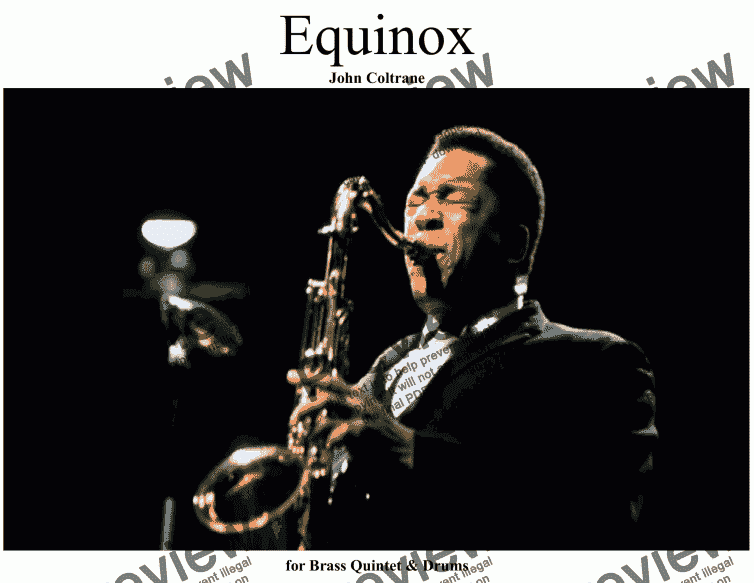 John Coltrane recorded his composition “Equinox” nearly 50 years ago. It was late autumn, just five days after waxing his tour de force version of Richard Rodgers and Oscar Hammerstein II’s “My Favorite Things.” It was an especially busy week in the studio for Coltrane: The John Coltrane Reference Book lists 29 masters and alternate takes made between October 21 and 26. In the meantime, he was leading his recently formed quartet in performance six nights a week at New York’s Half Note club. The Vernal ‘Equinox’ This year, the saxophonist’s birthday crosses paths with the autumnal equinox. (If you’re going by Coordinated Universal Time, aka UCT, the vernal equinox is at 3:09 a.m. on September 23). The coincidence put me in mind of Coltrane’s “Equinox,” one of my favorite compositions and performances by him.

“Equinox” is a minor-key blues with a dramatic Latin-rhythm introduction. It has a subtle but smoldering power, and heard from the perspective of many years later, it sounds like a musical announcement: The arrival of the Classic Coltrane Quartet is imminent. (Pianist McCoy Tyner and drummer Elvin Jones were already on board for this session; bassist Jimmy Garrison would join the group more than a year later.) How appropriate, then, that it was first released in 1964, near the height of the Quartet’s prowess, on the LP Coltrane’s Sound.

Enjoy Keith Terrett’s version for Brass Quintet, which aims to keep the mood intact of the original.