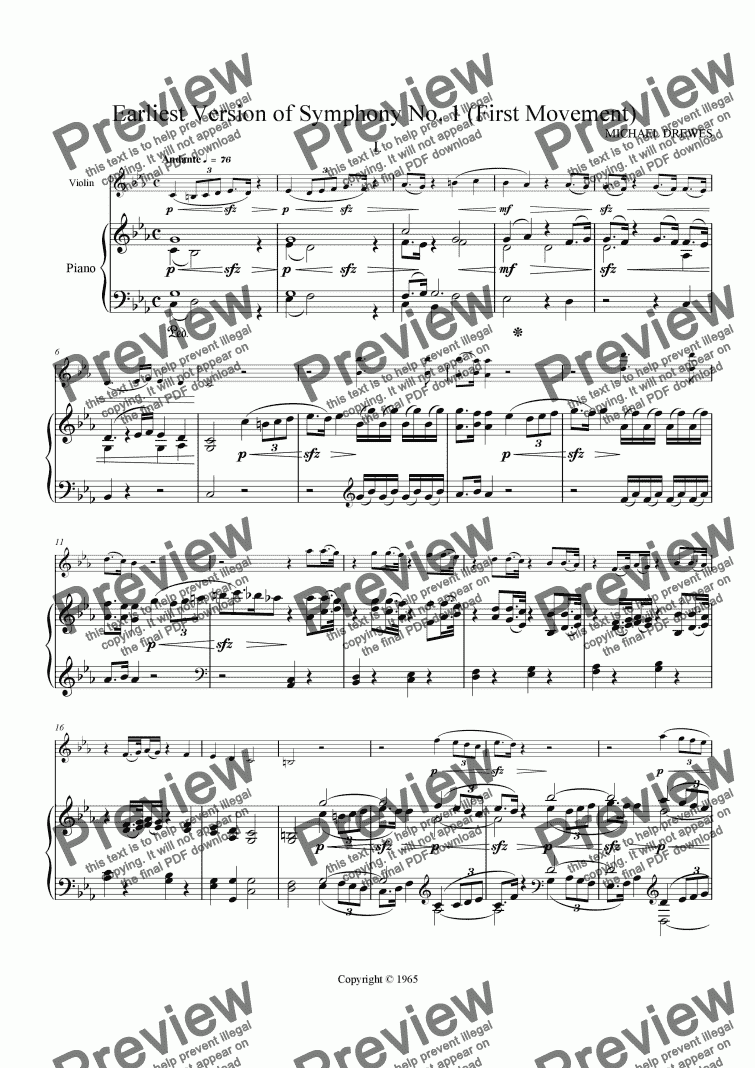 This is a version for violin and piano of the first attempt at the first movement of my First Symphony, copied from a school music notebook and from a score bearing the title "Sinfonía No. 1, Do menor, Imagen seminal" and a note "Score only to be used as a work programme. 12 September 1966. Begun: March 1965", which was added after having seen Mr. Rudolf Ducke, Choir Leader of the State Theatre of Kassel, Germany, who gave me some hints on improving the composition as to orchestration and rhythmic layout. I had also written down the themes of the second and third movements on the cover page of said orchestra score, and so I include the beginning of the second movement in this version. 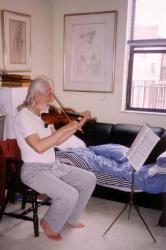 Reviews of Earliest Version of Symphony No. 1 (First Movement)