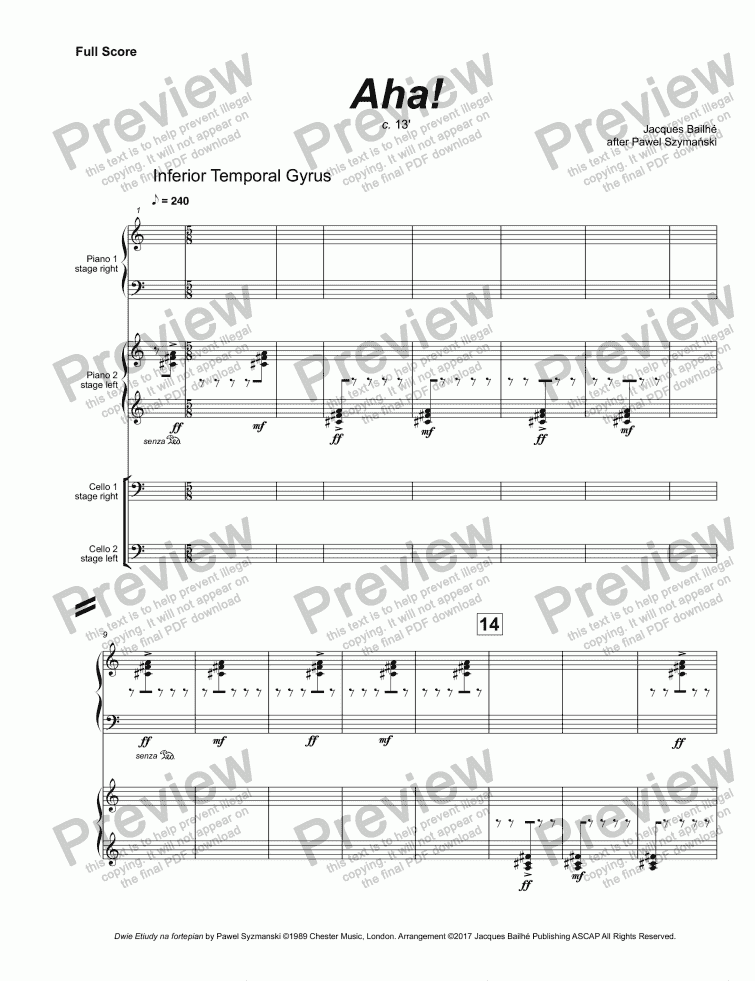 How do we "get" jokes or understand metaphors—or understand both at the same time? For example, "The euphonious subtitle of this piece, Temporal Gyrus: Superior and Inferior, rolls right off the tongue!" Our ability to make sense of apparent nonsense resides in a part of the brain just above the right ear. When we respond to jokes and metaphors, our Temporal Gyri show high activity, but even more interesting, this is the area of the brain that lights up when we have epiphanies, or what we sometimes call a Eureka Moment*: a sudden insight into something we previously could not understand. In formal scientific terminology, this is called the "Aha! Effect" (no kidding).

These three things, jokes, metaphors, and epiphanies, are each the result of finding relationships in unrelated or contradictory things. It appears this occurs primarily in the Temporal Gyri where we try to find similarities or connections between seemingly inscrutable abstractions. Abstractions are often maddening things: impenetrable riddles without quantifiable answers and seemingly devoid of practical use—until we make sense of them. Most often, we do so not by beating our head against the wall and grinding out an idea. Epiphanies come when we’re relaxed, floating in a dream-like state. Incongruous thoughts about unrelated things echo and rattle around in our minds until our Temporal Gyri come up with something and we’re suddenly snapped out of our dream-state by a Eureka Moment.

Pawel Szymański’s Dwie Etiudy for solo piano is, I suppose, what could be called abstract music, but that might be a mistake. It’s filled with wit, similes, and references to music from hundreds of years ago, in particular, the music of Bach. I was working on a piece by Bach when I first heard it, thanks to pianist Anna Von Urbans, and immediately imagined fragments of Bach’s fugues and cantatas echoing back after hundreds of years floating around the cosmos. These fragments and oblique references apparently lit up my Temporal Gyri. The abstract aspect of Szymański’s music vanished. I could see his ingenious form, cadences, and melody, and was suddenly filled with ideas.

And that’s what these variations are about—that nether world of floating in relaxation and then out of nowhere, the sudden burst of Aha!

In order to submit this score to ScoreExchange.com Jacques Bailhé has declared that they own the copyright to this work in its entirety or that they have been granted permission from the copyright holder to use their work. If you believe that this score should be not available here because it infringes your or someone elses copyright, please report this score using the copyright abuse form. 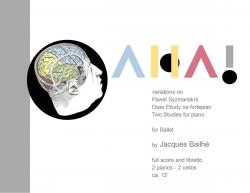 Reviews of Aha! - a ballet