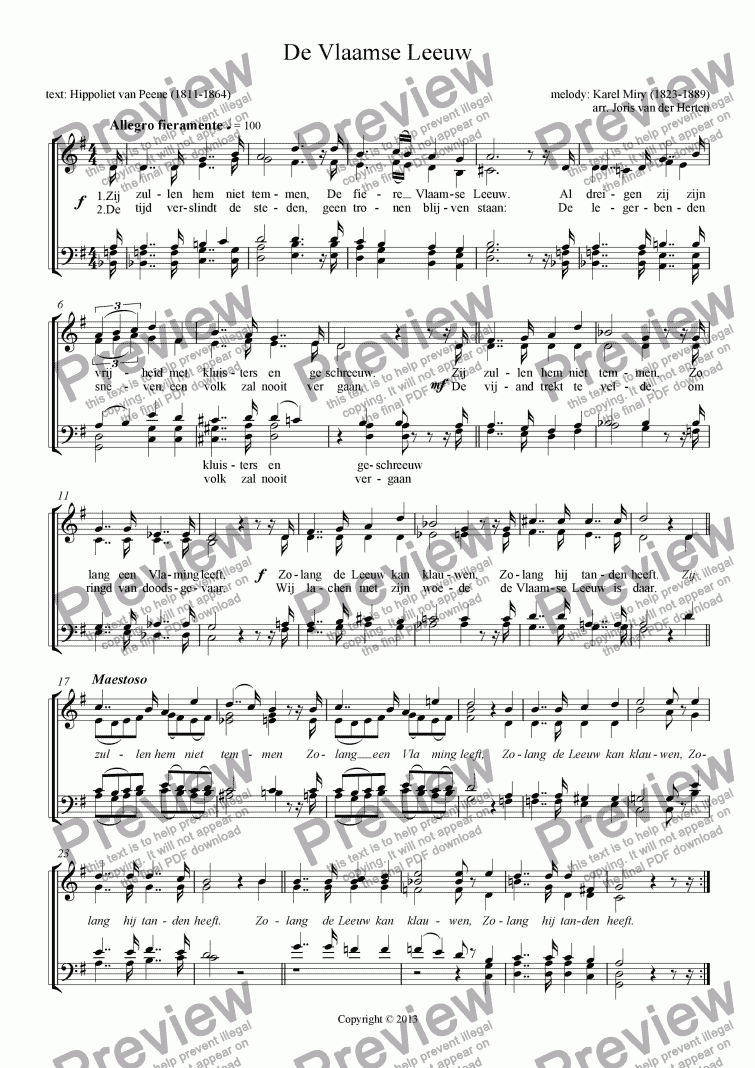 De Vlaamse Leeuw (Dutch for "the Flemish Lion") is the official anthem of Flanders, a region and community in the federal Kingdom of Belgium.

The words of this anthem were written in July 1847 by Hippoliet Van Peene (1811—1864) who was clearly inspired by the song Sie sollen ihn nicht haben, / den freien Deutschen Rhein, / So lang sich Herzen laben / An seinem Feuerwein (They must never get our free German Rhine, As long as hearts relish its fiery wine) by the German author Nikolaus Becker.

The music, by Karel Miry (1823—1899), is apparently influenced by Robert Schumann's Sonntags am Rhein.