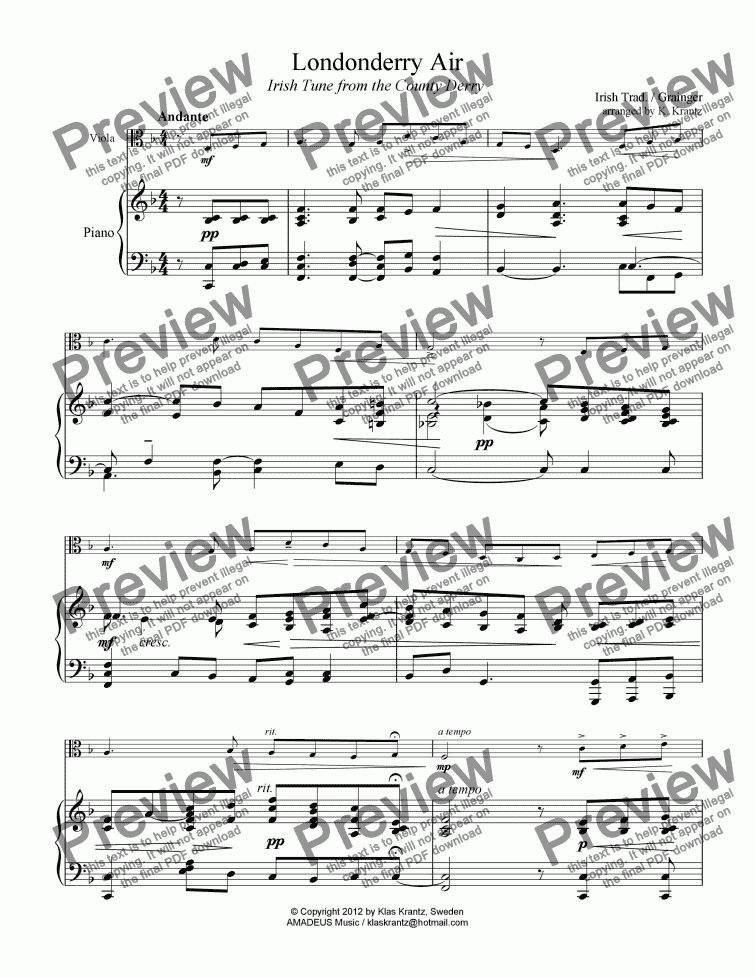 The origin of the tune was for a long time somewhat mysterious, as no other collector of folk tunes encountered it, and all known examples are descended from Ms. Ross’ submission to Petrie’s collection (1855). The title of the air comes from the name of the county located in Northern Ireland. The air was collected by Jane Ross of Limavady, County Londonderry, who heard it played by an itinerant piper or fiddler. The descendants of blind fiddler Jimmy McCurry assert that he is the musician from whom she transcribed the tune but there is no historical evidence to support this speculation. The tune was listed as an anonymous air, with a note attributing its collection to Jane Ross of Londonderry. This led to the descriptive title "Londonderry Air" being used for the piece 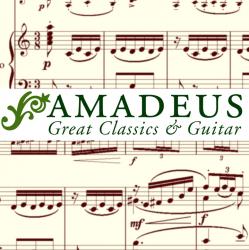 Reviews of Londonderry Air / Danny Boy for viola and piano