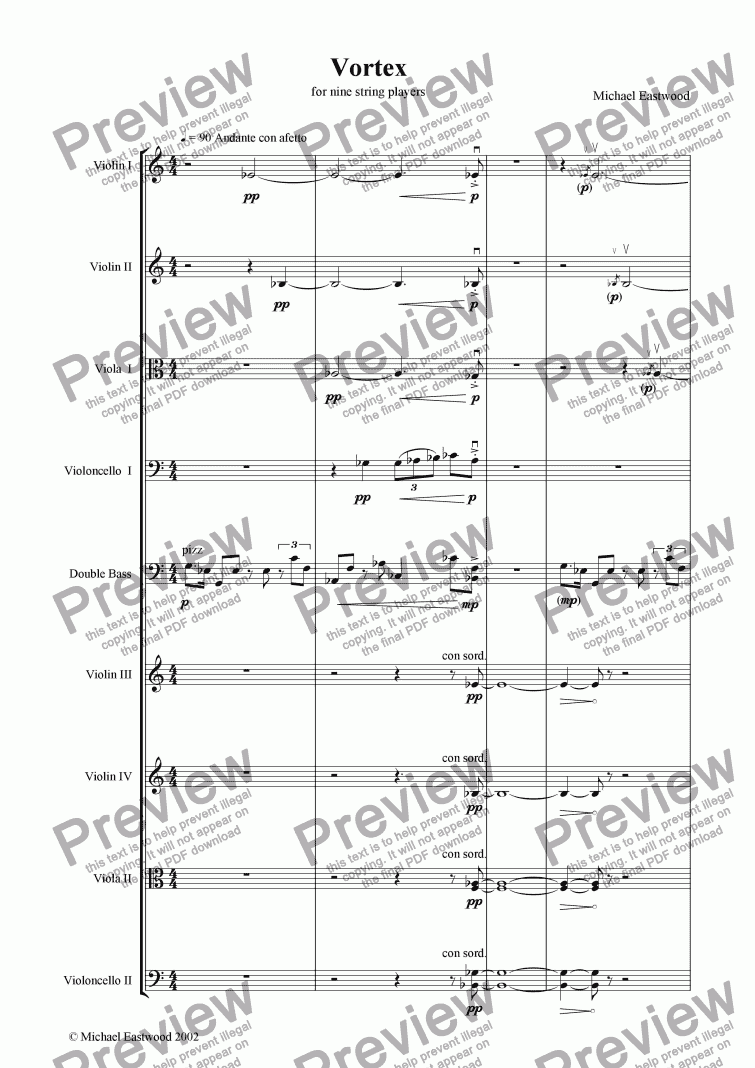 Vortex, at its conception, was originally going to be called "Pig in the Middle." The instruments are laid out in such a manner that the double-bass player sits between the two quartets who are both symmetrically situated either side of him/her. The two quartets then musically become the players either side of the "pig" (double-bass) in the middle.

I have also used quotes from two songs which bare some relevance to pigs. The opening double bass theme is an inversion and rhythmically altered reference to the opening riff of Skrewdriver’s "This Little Piggy." The chief compositional element of the piece however, originates from a recording I found of Porky Pig singing "I’ll have a blue Christmas without you."

Due to the solemn nature of the piece – and so as not to offend the double-bassist when it was performed – I decided that this title was perhaps a little too flippant and renamed it Vortex. This also implies - I hope! - that the double-bass is in some way, both visually and musically, the crux of the ensemble.

In order to submit this score to ScoreExchange.com Michael Eastwood has declared that they own the copyright to this work in its entirety or that they have been granted permission from the copyright holder to use their work. If you believe that this score should be not available here because it infringes your or someone elses copyright, please report this score using the copyright abuse form.