By: PHILIP R BUTTALL
For: Trio of Pianos
This music is in your basket
View basket
Loading... 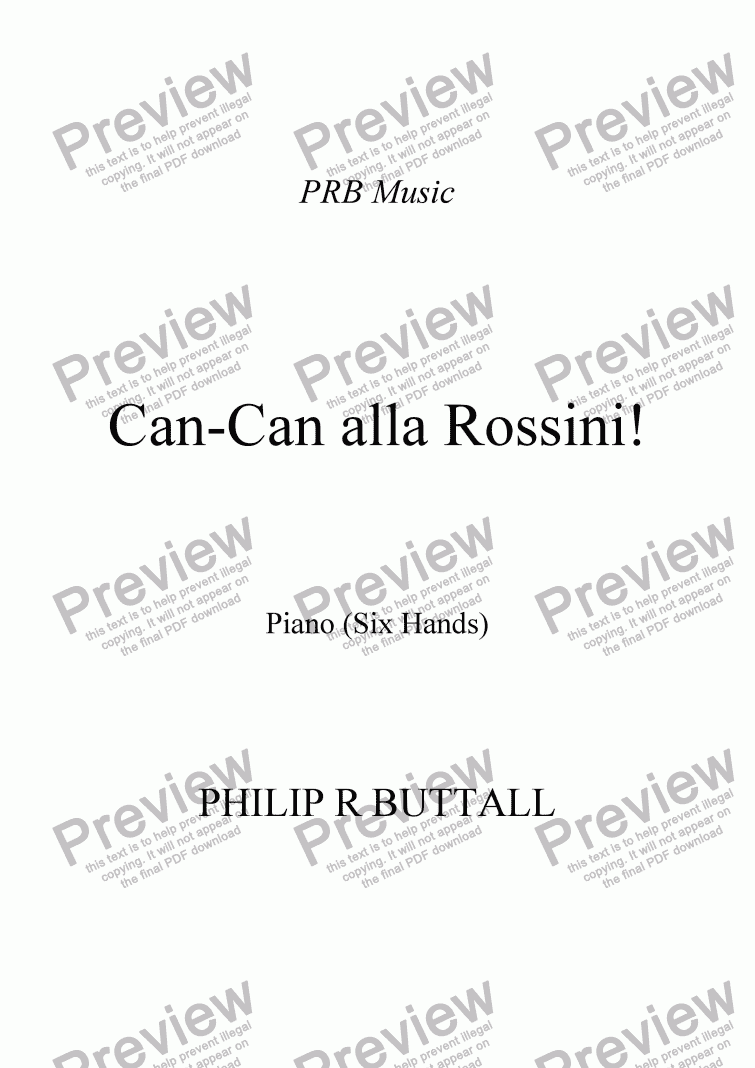 By: PHILIP R BUTTALL
For: Trio of Pianos

Composer
PHILIP R BUTTALL
Year of composition
2012
Publisher
PRB Music
Difficulty
Difficult (Grades 7+)
Duration
2 minutes
Genre
Classical music
License details
For anything not permitted by the above licence then you should contact the publisher first to obtain permission.

A version for Piano (six hands) seemed a logical step, to complement the other six-hand arrangement of The LOne Ar-ranger!.

In the present arrangement, I have deliberately kept Player 3’s part to one note each hand, an octave apart - this might suit a less able player, but who still wants to get involved in the performance!

While every care has been given to ensure that there are no clashes between parts, it is very important to ensure that note-lengths are correctly observed, and not held on to - in case the note is shortly needed by another player!