By: PHILIP R BUTTALL
For: Woodwind choir
This music is in your basket
View basket
Loading... 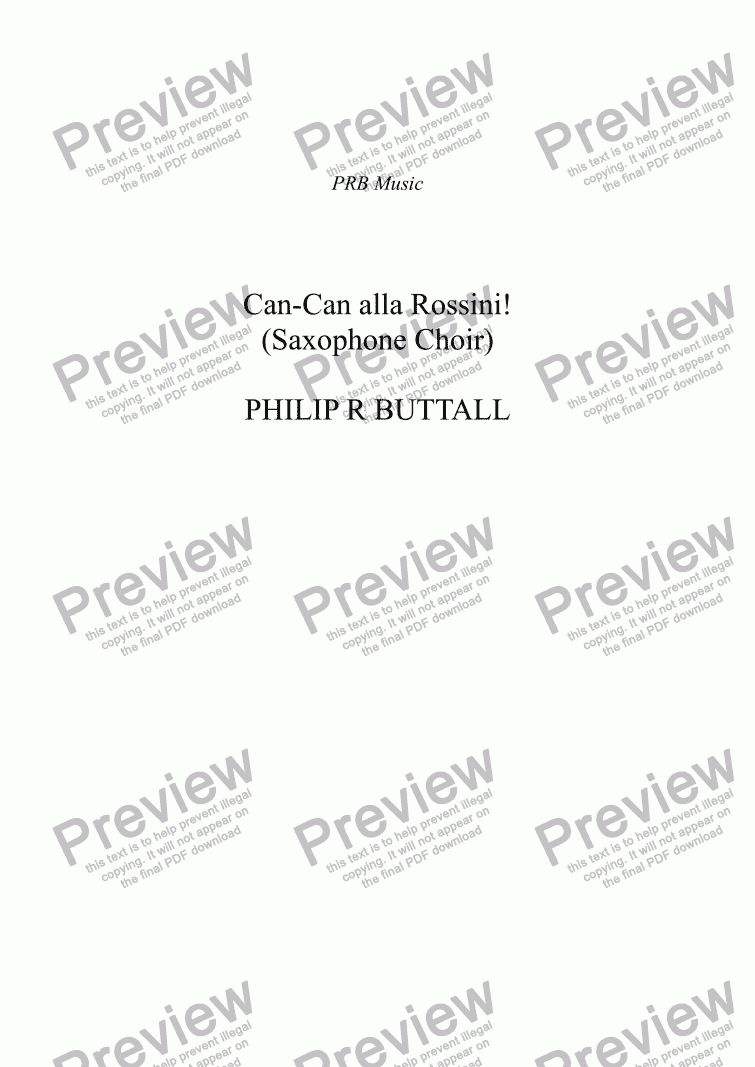 Composer
PHILIP R BUTTALL
Year of composition
2012
Publisher
PRB Music
Difficulty
Difficult (Grades 7+)
Duration
2 minutes
Genre
Classical music
License details
For anything not permitted by the above licence then you should contact the publisher first to obtain permission.

Following a suggestion from Debby Hutt, an ex-member of the National Saxophone Ensemble, UK, I firstly included an optional part for a second Alto Sax, thus converting the existing saxophone quartet into a quintet, if required.

Then, Italian saxophonist, Giuseppe Natilli, asked me if I can expand the arrangement into one for Saxophone Choir - and add a little percussion, too! So here it is!