By: Philip R Buttall
For: Quintet
This music is in your basket
View basket
Loading... 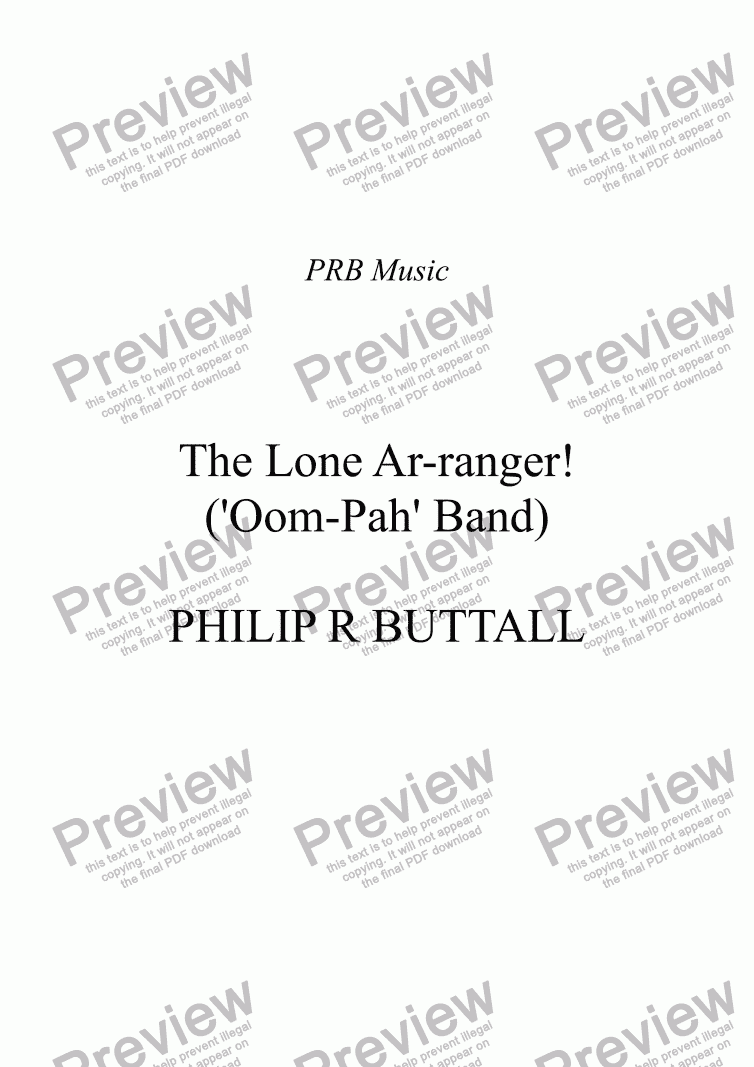 By: Philip R Buttall
For: Quintet

Composer
Philip R Buttall
Year of composition
2012
Publisher
PRB Music
Difficulty
Difficult (Grades 7+)
Duration
3 minutes
Genre
Classical music
License details
For anything not permitted by the above licence then you should contact the publisher first to obtain permission.

The Lone Ar-ranger! has appeared in many guises, since being the first piece I ever uploaded to the former SibeliusMusic site!

Even then, I still get requests for various additional ’bespoke’ versions, and I’m always happy to oblige, if possible.

Recently I had an email from the States, from someone who had encountered the piece in a version for saxophone quartet, but wondered whether I would arrange it for his ’Oom-Pah’ Band - the Grand Isle Fire Brigade, of Sacramento, California.

This I was happy to do - even though EJ, the leader, needed parts in a 7x5 configuration, so that they could fit the lyres they used when performing, rather than conventional static music stands.

So, I’ve attached a regular set of parts, and one in 7x5 size! Also, I’ve added two normal-sized parts for percussion, should these be required.

Take a listen to a Christmas performance by the band in Woodland, CA.