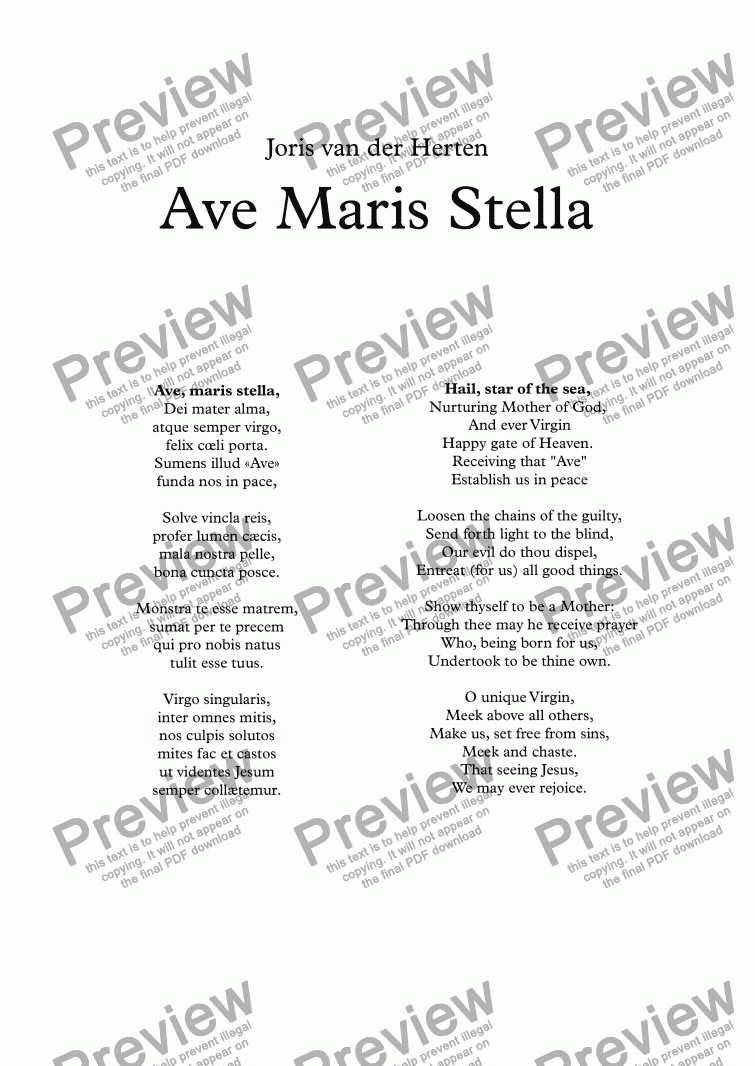 Ave Maris Stella (Latin, "Hail Star of the Sea") is a plainsong Vespers hymn to Mary. It was especially popular in the Middle Ages and has been used by many composers as the basis of other compositions. The creation of the original hymn has been attributed to several people, including Bernard of Clairvaux (12th century), Saint Venantius Fortunatus (6th century) and Hermannus Contractus (11th century). The text is found in a 9th century manuscript in the Abbey of Saint Gall.