By: Elliot Wright
For: Military band
This music is in your basket
View basket
Loading... 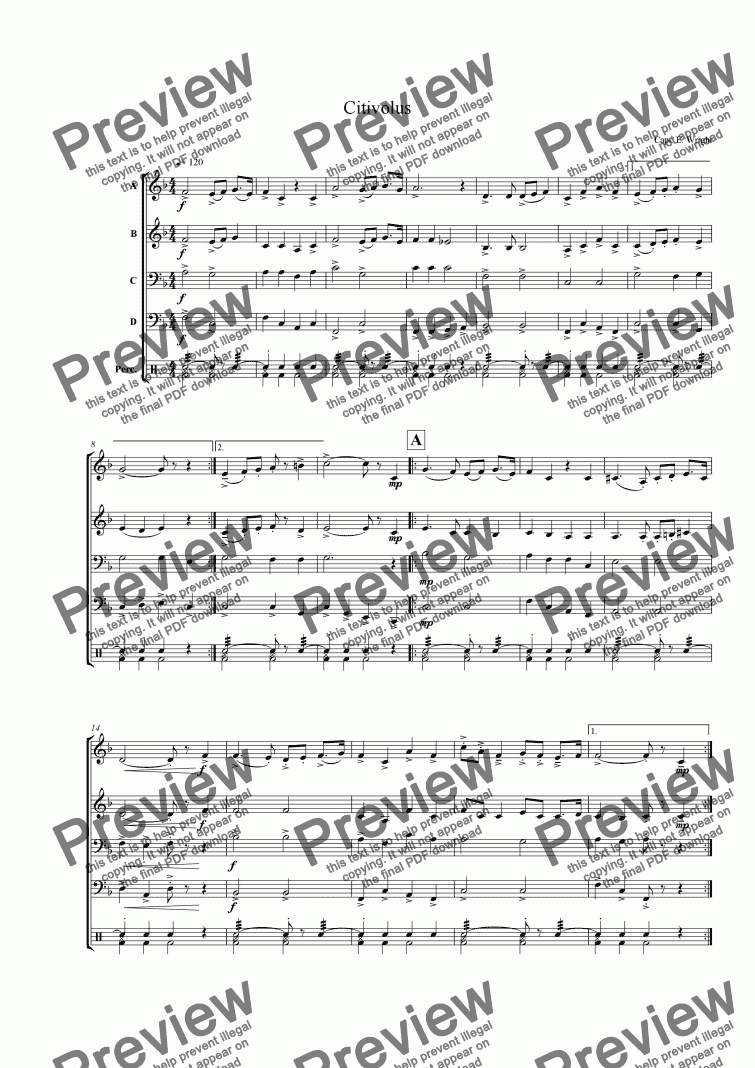 By: Elliot Wright
For: Military band

Composer
Elliot Wright
Year of composition
2012
Difficulty
Easy (Grades 1-3)
Duration
4 minutes
Genre
Other
License details
For anything not permitted by the above licence then you should contact the publisher first to obtain permission.

This piece is intended as a quick march, but may also be used just as effectively as a slow march. The optional “Da Capo” marking further allows it to be looped as many times as needed. In rehearsal, the DMus should be mindful of the change in key and time signature midway through the piece, and when returning again to the start.

Because of the low bass line, it may be best practice to the give the “D” part to only the lowest pitched instruments (Bari Sax, Bass Trombone, Tuba). In ideal conditions with a large brass section, the tenor trombones should be given a mix of A B and C parts where possible; but at a minimum, at least one trombone should be on the C part. Trumpets should be concentrated mostly on the “A” part, but issuing one in every three or four trumpets with the “B” part is acceptable.

An additional “decoration” line (added into the score as a small staff) has been built into the “B” part of the Piccolo and ‘Clarinet (High)’. It is highly recommended that this “Special” B part be issued to at least one player in the ensemble, preferably the lead piccolo or second flute, or a secondary lead clarinet, or a spare trumpet player with good chops. Should the DMus wish to give this part to a flute, the Piccolo part may be used as-is; to give this part to a trumpet, simply transpose the ‘Clarinet - Part B (High)’ down one octave. Other instruments do not generally lend themselves to the function of this decoration, so no other accommodations have been made for it here.