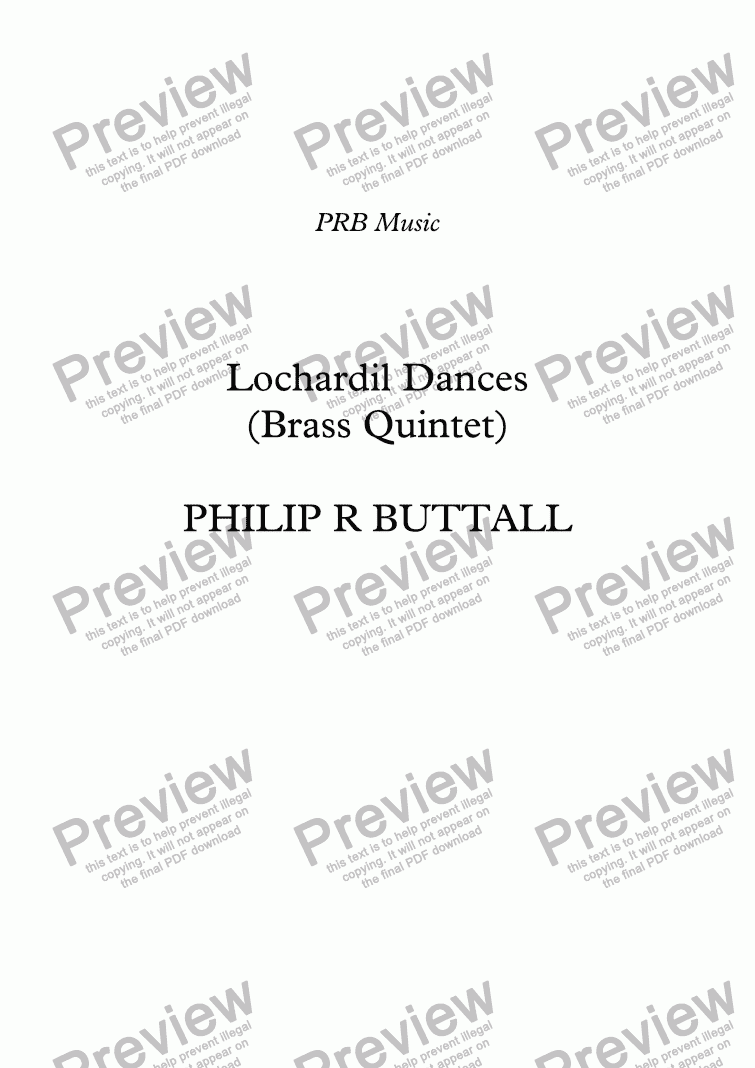 Composer
Philip R Buttall
Year of composition
2012
Publisher
PRB Music
Difficulty
Difficult (Grades 7+)
Duration
3 minutes
Genre
World music
License details
For anything not permitted by the above licence then you should contact the publisher first to obtain permission.

As usual, while I have added a set of parts for conventional brass quintet, I have included an additional Trombone in the treble clef, and Tenor Horn (Eb).