By: Philip R Buttall
For: Concert band / wind band
This music is in your basket
View basket
Loading... 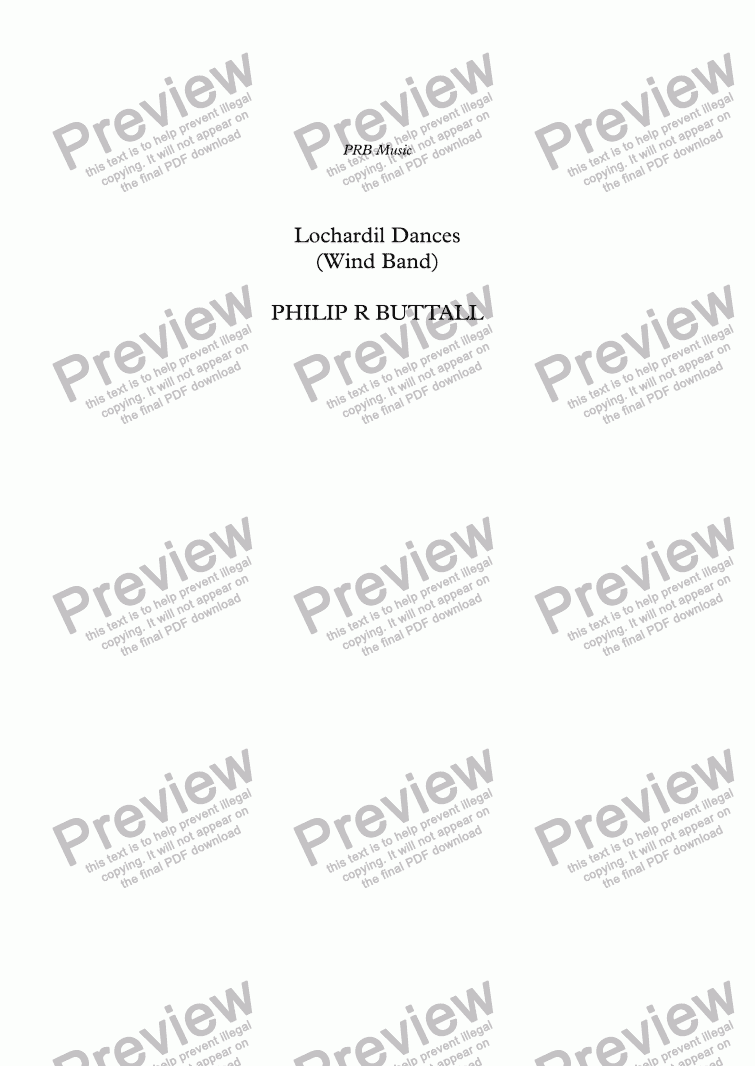 Composer
Philip R Buttall
Year of composition
2012
Publisher
PRB Music
Difficulty
Difficult (Grades 7+)
Duration
4 minutes
Genre
World music
License details
For anything not permitted by the above licence then you should contact the publisher first to obtain permission.

This year, our main hotel was the award-winning Best Western Lochardil House Hotel, owned by Eileen Fraser and Graeme MacBean. It’s a lovely family-run hotel just outside Inverness, so we were able to drive right up to John O’Groats and the Isle of Skye with ease!

As usual with my wind /concert band arrangements, I have included parts from trombones, both in the treble clef (TC) and bass clef (BC), and which I’ve also done for the euphonium.

For ensembles that don’t have both a bass clarinet and baritone sax, either part contains cues for the other, so one or other instrument can be dispensed with.

If there are any other transpositions you’d like, just let me know!

STOP PRESS: I have now added a part for Bagpipes! Well, not for the real variety, as tuning would be an issue, as well as restricted notes available. The part is, of course, optional, but is intended to be played on a keyboard/synth - something which most wind bands have readily available. I have tried to use 'gracing' to add to the effect!