Sign in / Register
HomeInstrumentationsDuetDuo in Bb major for Violin & Viola No.2 KV424 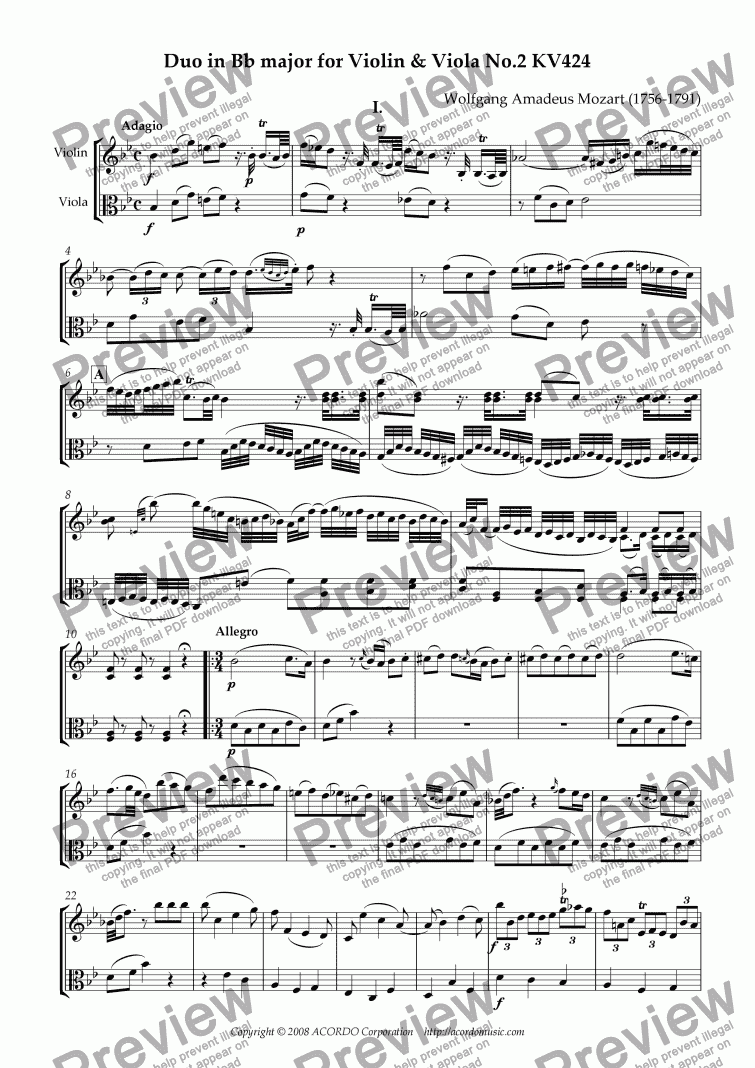 Composer
Wolfgang Amadeus Mozart (1756-1791)
Publisher
ACORDO Sheet Music
Difficulty
Difficult (Grades 7+)
Duration
131 minutes
Genre
Classical music
License details
For anything not permitted by the above licence then you should contact the publisher first to obtain permission.

Mozart composed two Duos for violin and viola, No.1 in G major, KV423, and No.2 in Bb major, KV424. The close friendship between Joseph Haydn (1732-1809) and Mozart is very famous. Mozart was very close to also Joseph’s younger brother, Michael Haydn (1737-1806). In 1783, Michael Haydn was ill and incapacitated to compose two Duos for violin and viola. He had finished four duos to order for the archbishop of Salzburg, however he the order was six. Mozart composed two inspired duos, KV423 and KV424, to save Michael Haydn.

Note: about 3rd beat of bar 7 in Viola part. In this score, tones are Es/D/Es/F/G/As/G/F according to Neue Mozart-Ausgabe by Bärenreiter-Verlag. There are the other performances based on the other music notes, E/D/E/F/G/A/G/F or Es/D/Es/F/G/A/G/F.