By: RICHARD EILENBERG Arr. Philip R Buttall
For: Sextet of Flutes
This music is in your basket
View basket
Loading... 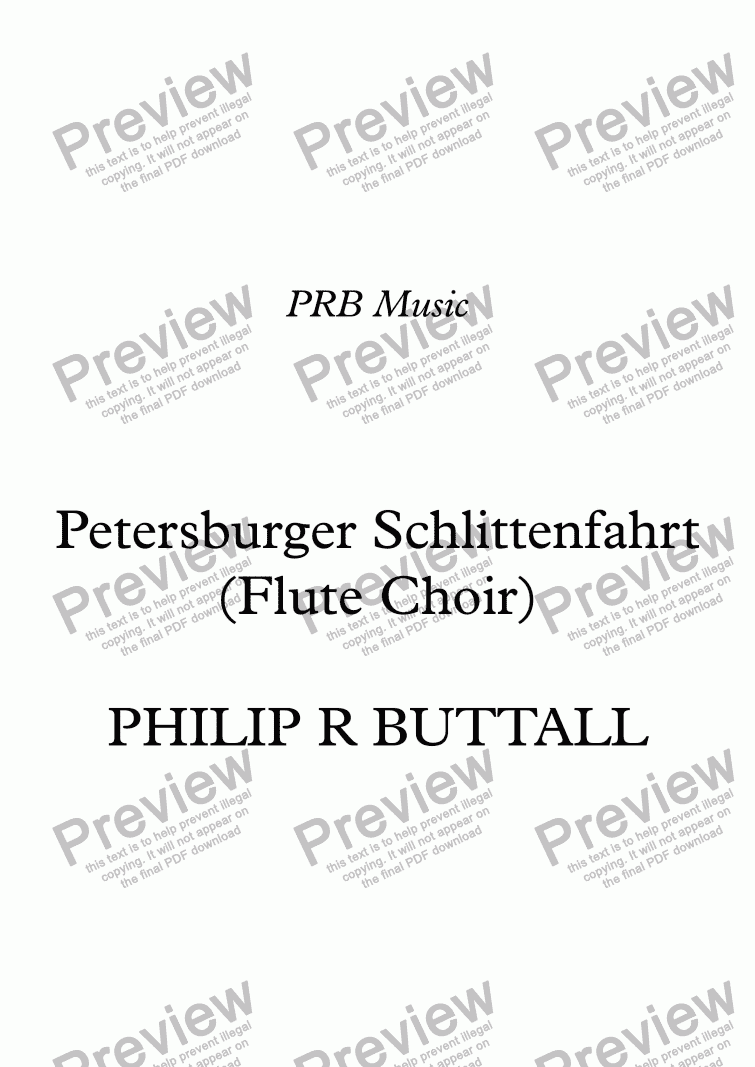 I have changed some of the original piano figuration to suit the wind instruments better, added an extra repeat, and a couple of ’counter-melodies’. I couldn’t resist a solitary reference to The Lone Ar-ranger! in the alto flute part!

Romanian flautist and flute teacher, Ramona Tutuianu, will be using the piece with her students in the Cluj-Napoca Music Conservatoire. She uses a specially-written bassoon instead of bass flute and this is what you hear on the attached MP3.