The Parade of the Tin Soldiers (Brass Quintet)

By: LEON JESSEL arr Philip R Buttall
For: Brass quintet
This music is in your basket
View basket
Loading... 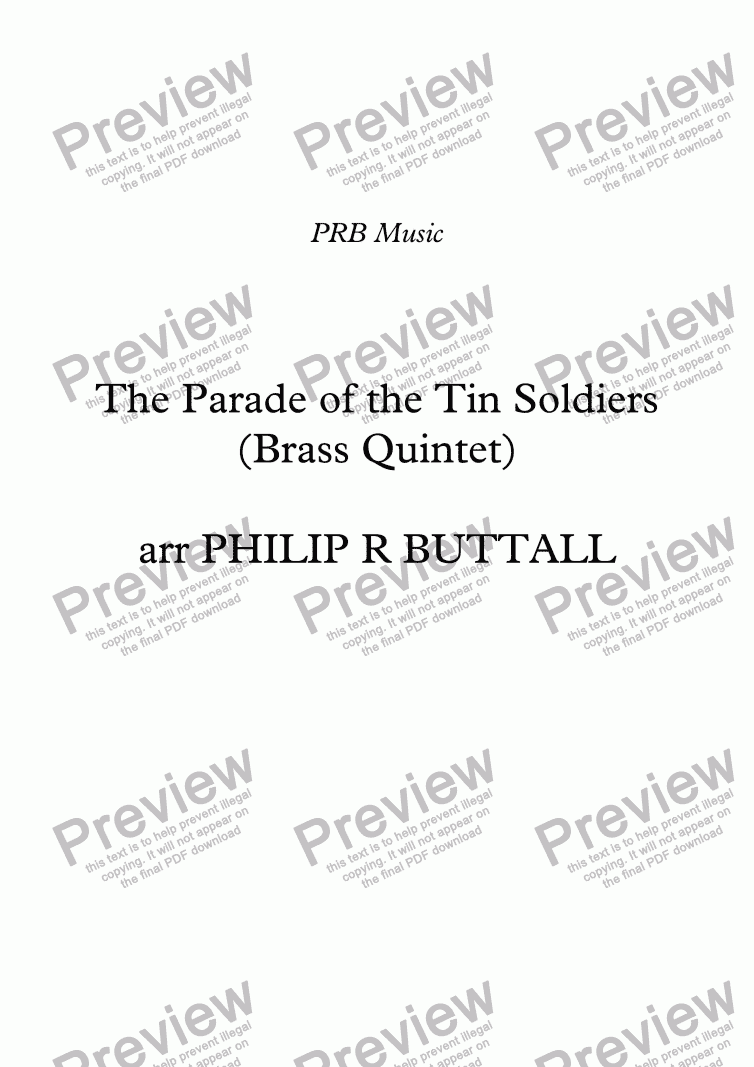 The Parade of the Tin Soldiers (Brass Quintet)

/The Parade of the Tin Soldiers (Die Parade der Zinnsoldaten), also known as The Parade of the Wooden Soldiers, is an instrumental musical character-piece, in the form of a popular jaunty march, written by German composer Leon Jessel, in 1897.

The Parade of the Tin Soldiers was originally composed for solo piano. Jessel later published it for orchestra in 1905, as Opus 123. Today it is also a popular tune for marching bands, concert bands, and small orchestras, and for some extremely diverse alternate instrumentations as well!

Since the early 1920s, the piece has been very popular in the USA, and has also been frequently performed and recorded worldwide. A song, The Parade of the Wooden Soldiers, was also created from the piece in 1922, with English lyrics by Ballard MacDonald.

In the present arrangement I have largely kept to the piano original, but added a few ’extras’ along the way, as well as adjusting the figurations to produce something hopefully more idiomatic for the new medium.

As usual, I have added an extra trombone part in the treble clef, for brass band players.

Reviews of The Parade of the Tin Soldiers (Brass Quintet)