By: PHILIP R BUTTALL
For: Solo Flute + piano
This music is in your basket
View basket
Loading... 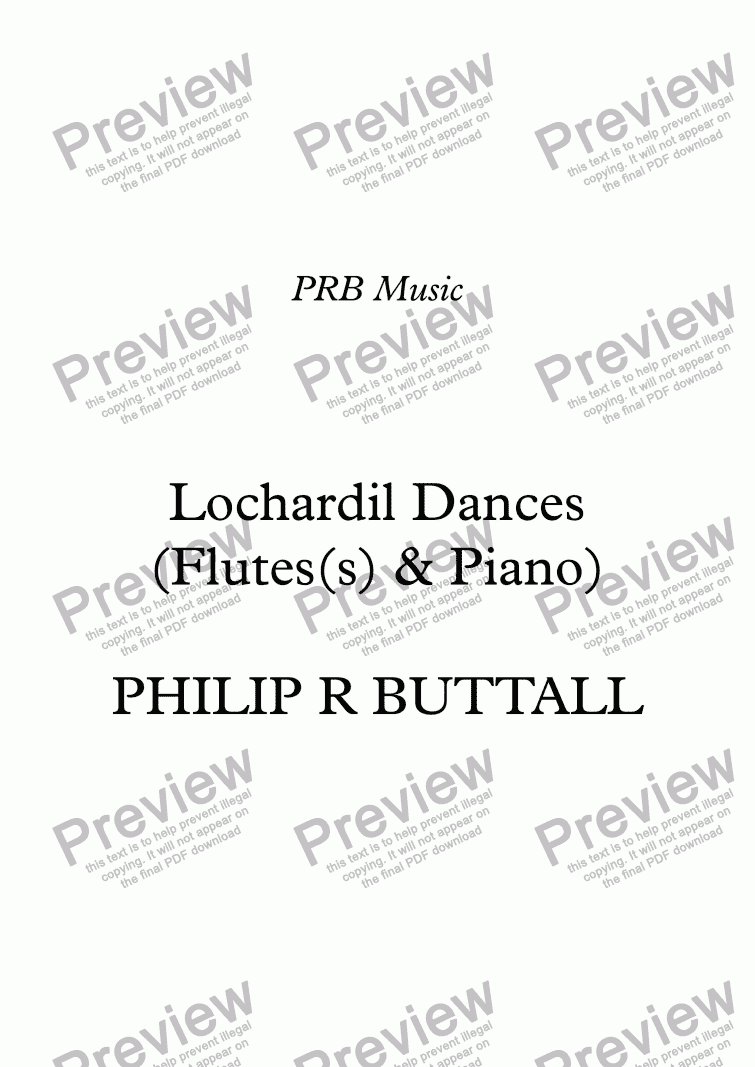 Composer
PHILIP R BUTTALL
Year of composition
2013
Publisher
PRB Music
Difficulty
Difficult (Grades 7+)
Duration
4 minutes
Genre
World music
License details
For anything not permitted by the above licence then you should contact the publisher first to obtain permission.

For important information about other instruments with piano, please refer to the end of the programme note.

I initially started with a Piano-Duet version, but have now brought out a number of instrumental versions.

These have a a slight difference from what I’ve done before:

Previously I have made a version for, say, flute & piano, clarinet & piano, alto & tenor saxophone & piano, but for these new arrangements I have added a SECOND optional part for another of the same instrument.

They can be played as a straightforward solo instrument with piano accompaniment, or with a second solo player, by way of turning them into duets.

The score shows the version is for Flute & Piano - scores and parts versions for the other instruments are available within the Flute sets of parts here - they are not interchangeable, and there have been some transpositions and octave changes to accommodate each woodwind instrument.

Please note: The optional parts are currently not interchangeable - for example, the optional Alto Sax part is intended only to be used in the version for Alto Sax & Piano.