Sign in / Register
HomeInstrumentationsSaxophone quartetWhat do you with a drunken sailor?

By: Traditional Sea Shanty Arr. for String Quartet by Joel Jacklich
For: Saxophone quartet
This music is in your basket
View basket
Loading... 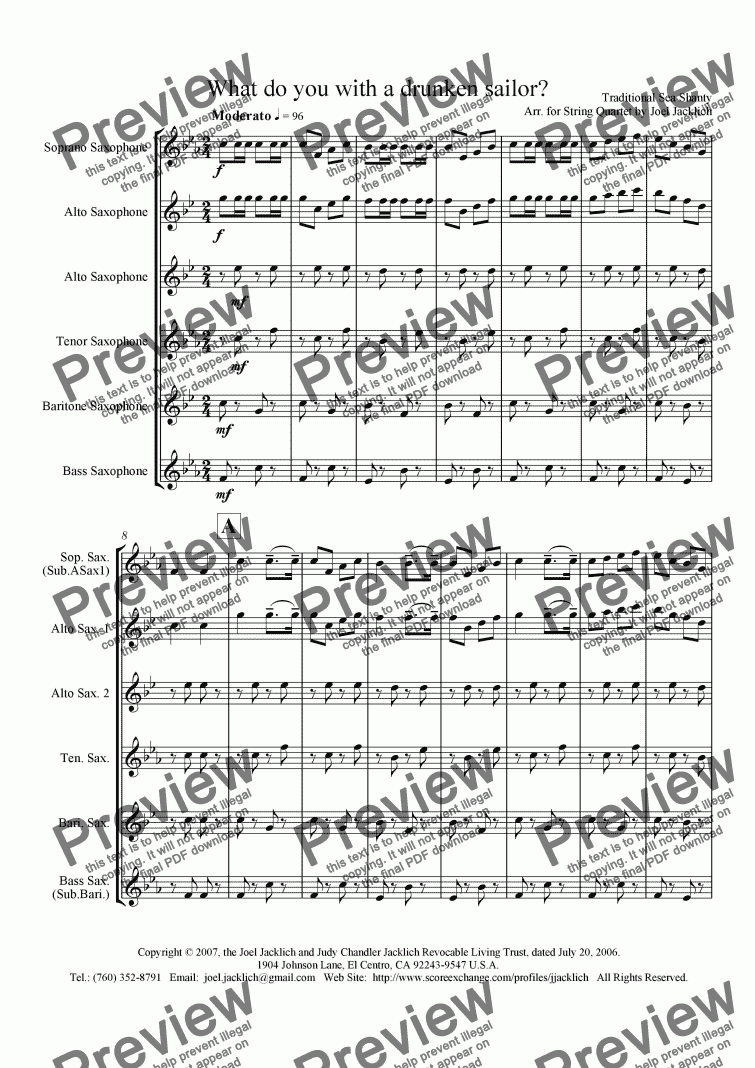 ’What do you do with a drunken sailor?’ is a capstan shanty, sung by the sailors as they turn the capstan to raise (weigh) the anchor. In the well-known words (not provided in this arrangement) the words ’Weigh, hey, and up she rises’ refers to the weighing (hauling up) of the anchor and it rising from the ocean floor.

In this arrangement, listen to the methodical beat at the beginning as the ship weighs anchor, the ebb and flow of the waves as the ship takes to sea, some rather large swells (making it not too pleasant for a drunken sailor!), and finally the return of calmer water.

This well-known sailors’ song was originally arranged for string quartet as background music to be played at the annual Navy Birthday Ball at NAF, El Centro in October, 2007.

If you enjoy it, please visit my web store at: http://stores.sibeliusmusic.com/jacklichmusic where you will find more than 300 arrangements and scores (mainly for string quartet).

Reviews of What do you with a drunken sailor?