By: CHOPIN
For: Solo instrument (Piano)
This music is in your basket
View basket
Loading... 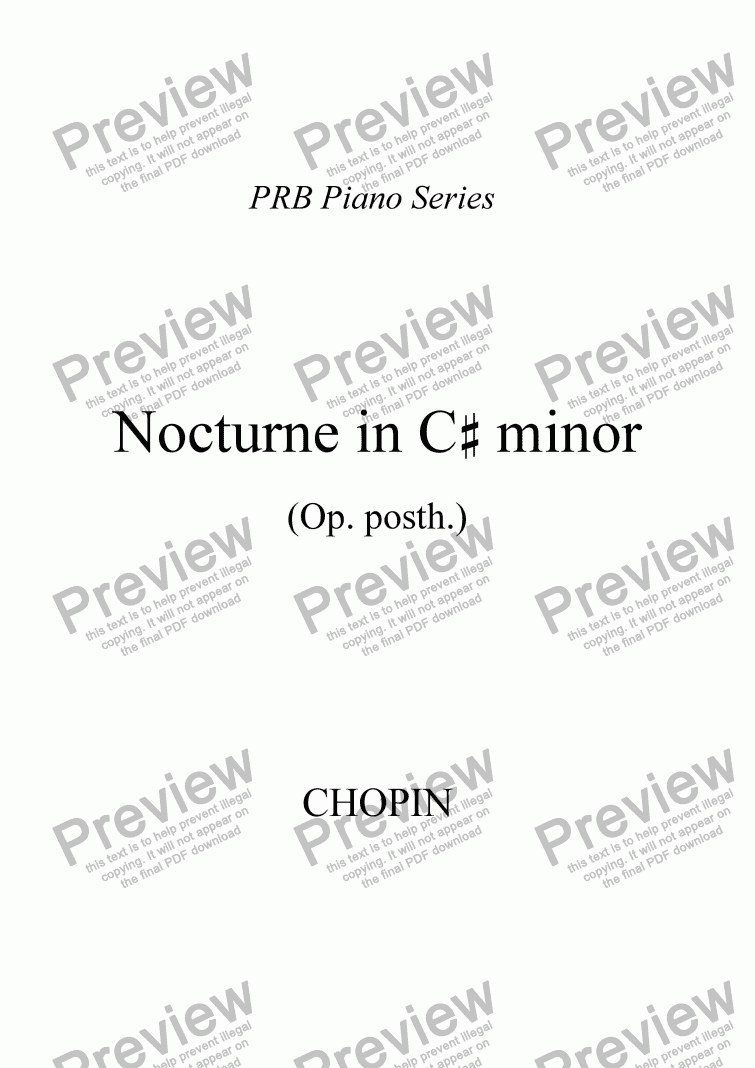 By: CHOPIN
For: Solo instrument (Piano)

Composer
CHOPIN
Year of composition
1830
Publisher
PRB Music
Difficulty
Difficult (Grades 7+)
Duration
4 minutes
Genre
Classical music
License details
For anything not permitted by the above licence then you should contact the publisher first to obtain permission.

Chopin (1810-49) dedicated this work to his older sister, Ludwika Chopin, with the statement: ’To my sister Ludwika as an exercise before beginning the study of my second Concerto’.

First published 26 years after the composer’s death, the piece is sometimes referred to as Lento con gran espressione, from its tempo marking.

It is sometimes also called Reminiscence, and was famously played by Holocaust survivor, Natalia Karp, for the Nazi concentration-camp commandant, Amon Goeth, with Goeth apparently being so impressed with the rendition, that he spared Karp’s life!

I have essentially kept to the original score, with Sibelius merely tidying up a few matters of notation along the way.

The piece often appears on exam syllabi, and, annoyingly, sometimes doesn’t appear in ’complete’ sets of the composer’s Nocturnes, hence this separate version.