By: PHILIP R BUTTALL
For: String orchestra
This music is in your basket
View basket
Loading... 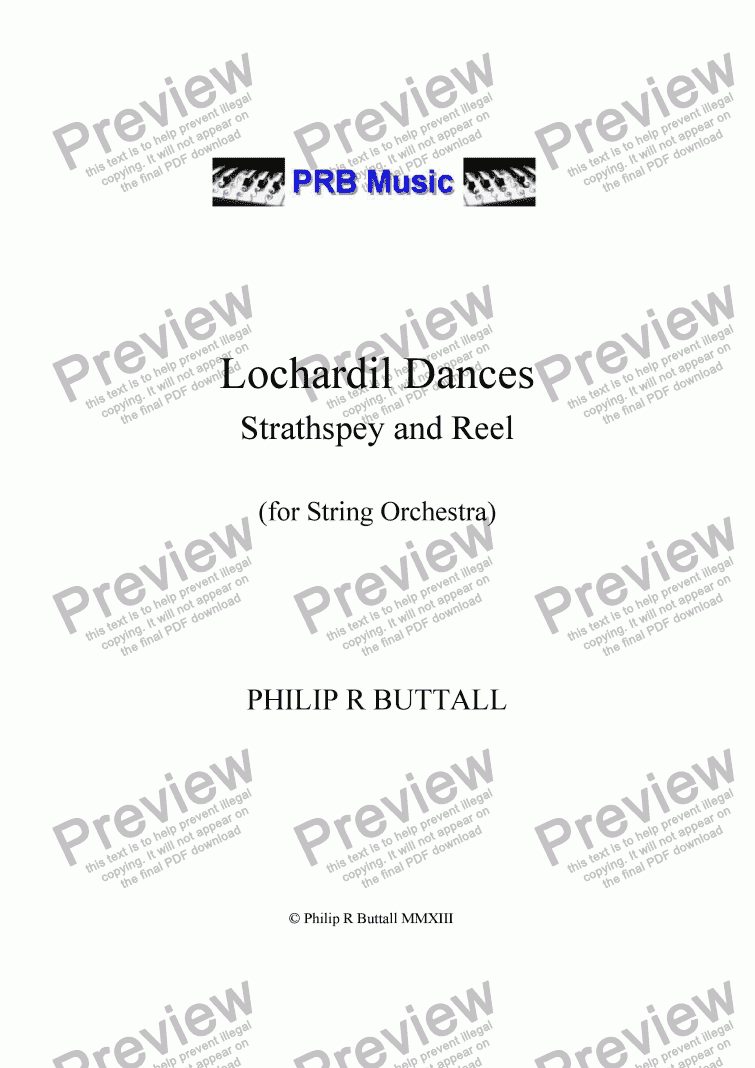 Composer
PHILIP R BUTTALL
Year of composition
2013
Publisher
PRB Music
Difficulty
Difficult (Grades 7+)
Duration
4 minutes
Genre
World music
License details
For anything not permitted by the above licence then you should contact the publisher first to obtain permission.

I initially started with a Piano-Duet version, but have now brought out some other instrumental combinations, as I’ve done in the past! The wind band version, for example, is having its premiere later this month.

I felt that a string orchestra version could be a useful stable-mate to Princess Grainne’s Air & Jig - to balance an Irish-inspired piece with one from Scotland!