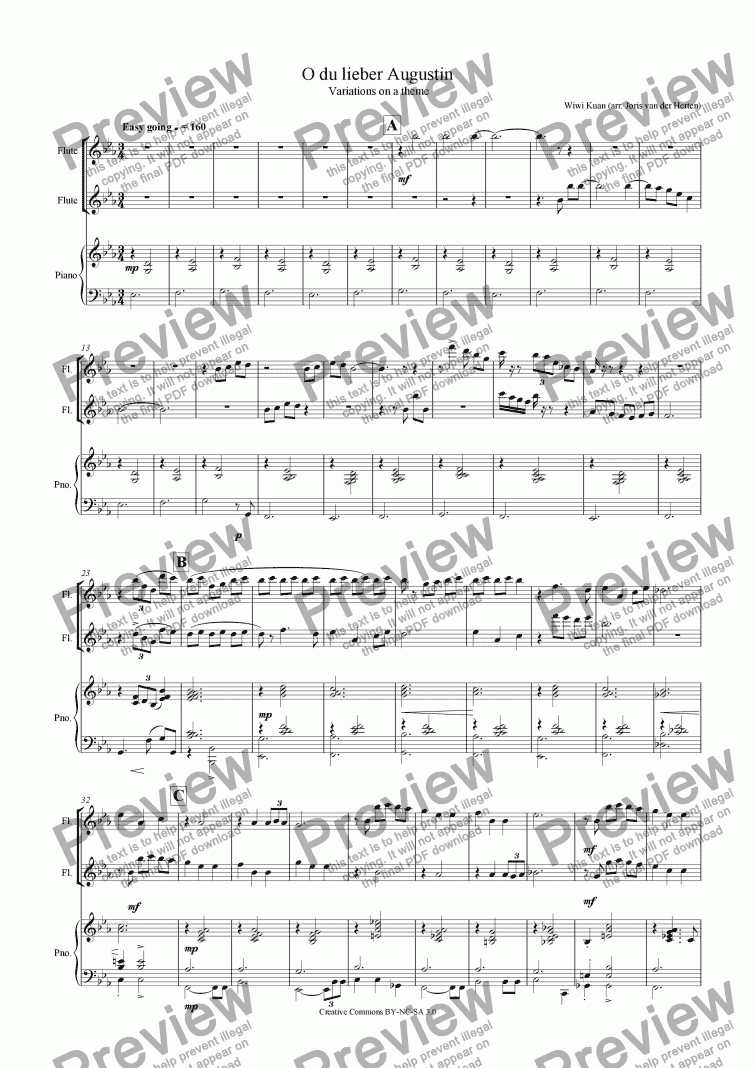 At this time Vienna was struck by the bubonic plague (see Great Plague of Vienna) and Augustin was a ballad singer and bagpiper, who toured Vienna‘s inns entertaining people. The Viennese loved Augustin because of his charming humour in bitter times, and they called him "Lieber Augustin" (Dear Augustin). Once he was drunk and on his way home he fell in the gutter and went to sleep. He was mistaken for a dead man by the gravediggers patrolling the city for dead bodies. They picked him up and dumped him, along with his bagpipes which they presumed were infected, into a pit filled with bodies of plague victims outside the city walls. Next day when Augustin woke up, he was unable to get out of the deep mass grave. He was shocked and after a while he started to play his bag pipes, because he wanted to die the same way he lived. Finally people heard him and he was rescued from this dreadful place. Luckily he remained healthy despite having slept with the infected dead bodies and Augustin became a symbol of hope for Viennese people.

The story lives on in the song Oh du lieber Augustin ("Oh, you dear Augustin"), which is still popular in Austria.