The lyrics were composed by Andrei Mureșanu (1816–1863) and the music was popular (it was chosen for the poem by Gheorghe Ucenescu (ro), as most sources say). It was written and published during the 1848 revolution, initially with the name "Un răsunet" ("An echo"). It was first sung in late June in the same year in the city of Brașov, on the streets of Șchei quarter. It was immediately accepted as the revolutionary anthem and renamed "Deșteaptă-te, române".

Since then, this song, which contains a message of liberty and patriotism, has been sung during all major Romanian conflicts, including during the 1989 anti-Ceauşist revolution. After that revolution, it became the national anthem, replacing the communist-era national anthem "Trei culori" ("Three colors").

The song was also used on various solemn occasions in the Moldavian Democratic Republic, during its brief existence, between 1917 and 1918. Between 1991 and 1994 it was the national anthem of Moldova as well, but was subsequently replaced by the current Moldovan anthem, "Limba noastră" ("Our language").

Since the uprisings of 1848, "Deșteaptă-te române" has been the most enduring national anthem of Romania. In the days following the state coup of August 23, 1944, when Romania turned against Nazi Germany and participated in the war along with the Allies, the song received heavy radio broadcast.

After the seizure of power by the communists on December 30, 1947, "Deşteaptă-te române" and other patriotic songs closely associated with the previous regime were outlawed. Ceaușescu’s government permitted the song to be played and sung in public, but it was not given state recognition as the national anthem.

The overall message of the anthem is a "call to action"; it proposes a "now or never" urge for change present in many national anthems like the French revolutionary Marseillaise. This is the reason why Nicolae Bălcescu called it the "Romanian Marseillaise". 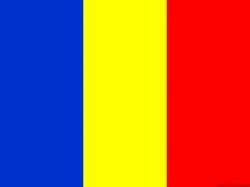